Mimmo Paladino is an Italian Transavantgarde sculptor, painter, and muralist. Born on December 18, 1948 in Paduli, Italy, he attended the Liceo Artistico of Benevento. Paladino played a central role in developing the Transavantgarde movement, which sought to bring emotion, figuration, and mysticism back into avant-garde art. His early painting Cordoba (1984), a portrayal of two semi-abstracted figures tussling in a courtyard, has become one of his best-known images. Paladino was showcased at the 1980 Venice Biennale for its Transavantgarde-specific exhibition, and that same year, he had two solo exhibitions in New York. More recently, he garnered attention for his large-scale public installations, including The Salt Mountain (2010), a large white mound strewn with sculptures of horses lying on their sides. Paladino has also collaborated on many sound and visual art pieces with Brian Eno, the earliest of which, Dormienti, was presented the Roundhouse in London in 1999. He has shown work worldwide, including the Hirshhorn Museum and Sculpture Garden in Washington, D.C. and the Tate Modern in London. He lives in Rome, Italy. 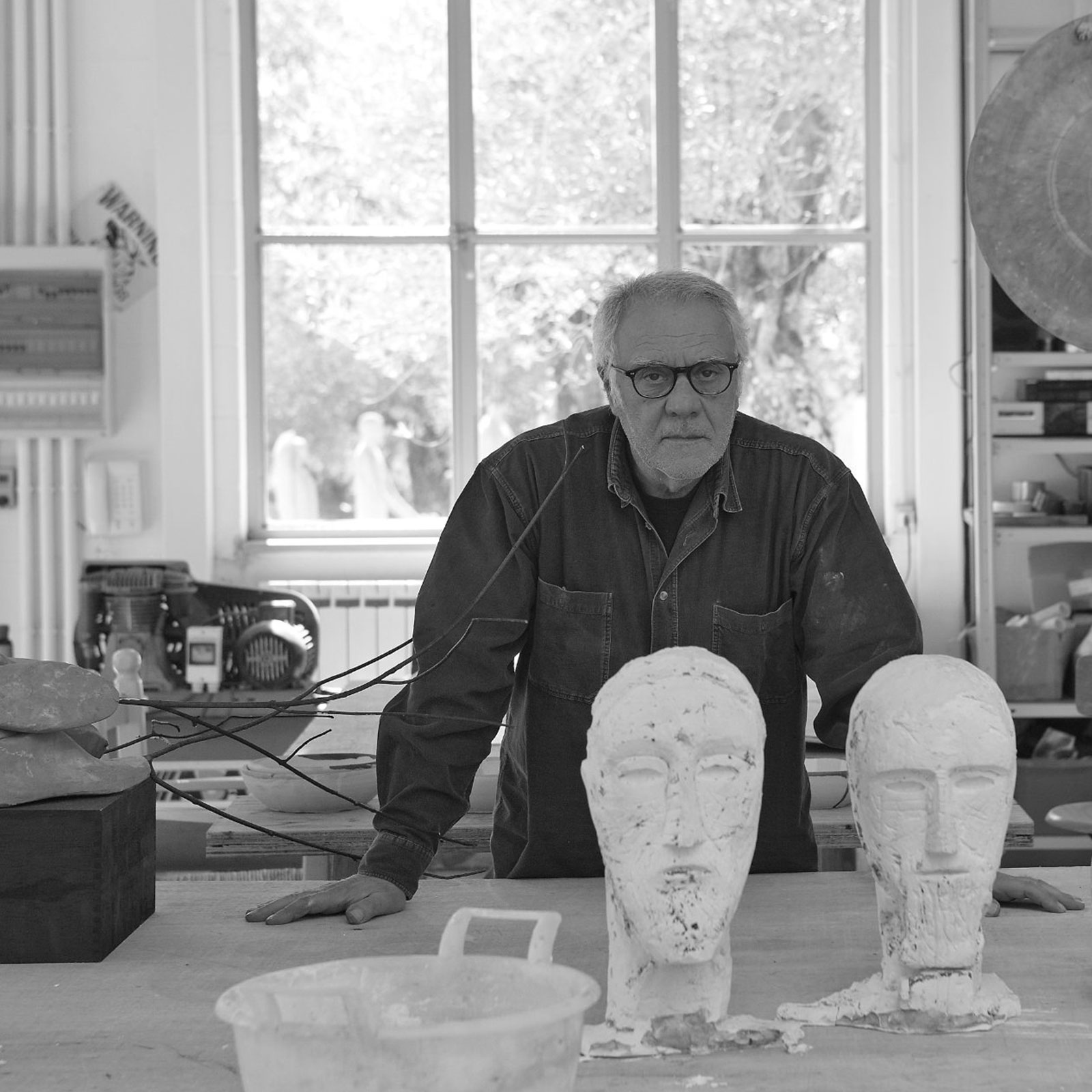