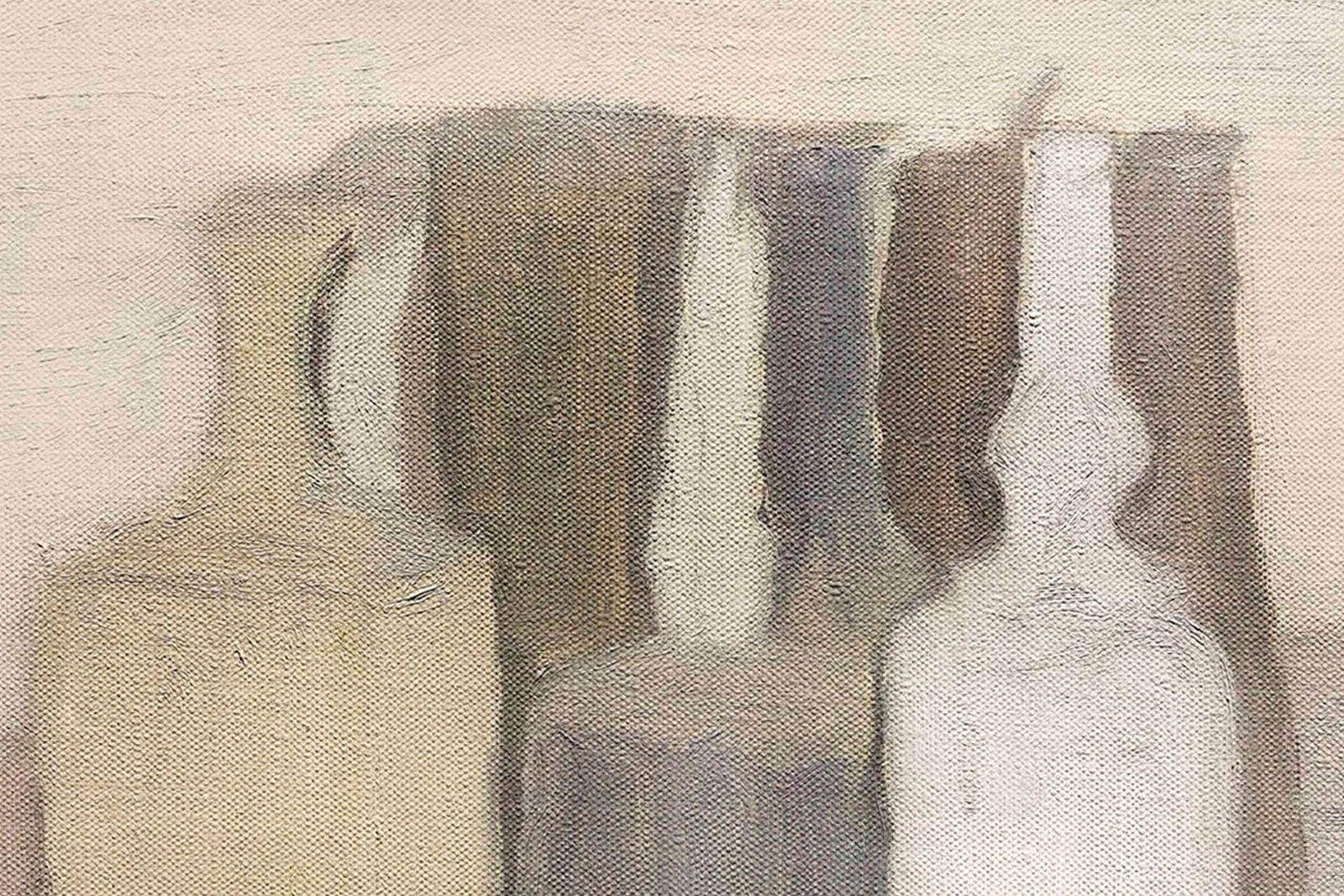 Cardi Gallery presents Mythologies, a virtual exhibition especially conceived for Art Basel Hong Kong 2020. Bringing together a selection of works by European and Asian masters of Post-War and Contemporary Art, namely Alexander Calder­­, Damien Hirst, Giorgio Morandi, Mimmo Rotella and Shozo Shimamoto, this Online Viewing Room illustrate­­­­­­­s the relationship between performativity and repetition through the use of colour, the rethinking not only of artistic canons but of the agency of the artist himself. The pieces featured in Mythologies range from 1948 to 2012, and while encompassing a variety of media – many of which are innovative techniques such as Rotella’s artypos and photo emulsions and Shimamoto’s bottle-crash – they all refer to the language of painting.

The exhibition borrows its name from the work Mythologies, 1966 by Mimmo Rotella. A photo emulsion on canvas, the piece epitomises Rotella’s relationship with appropriating the iconic in what may be seen as the visual metalanguage of myth, in Barthesian terms. Rotella subverts the art historical canon of painting, by entrusting the act of painting to a purely mechanical process. He exerts his artistic agency in the selection of the subject matter, at times overlaying a number of source images that are collaged together and projected onto a canvas primed with a photographic emulsion. It is this chemical process that organically impresses the image onto a surface, completely neutralizing the painterly act. Instead, in Pentoxifylline, 2012, Damien Hirst delegates the painting act to his assistants. In both instances, while the making of the work is fully delegated, the planning of the work is where the artist exerts his agency.

A mechanical aid, or an intermediary tool is also at the core of Shozo Shimamoto’s practice. A bottle or a cup laden with paint, breaking on the canvas in a performative act event. While colour is indeed key in his works, in an explosion of chromatism as exemplified by Capri – Certosa 3, Capri – Certosa 41, and Capri – Certosa 53, it is used in a way that erases his own artistic expression, as much as it is in Hirst’s paintings. For Shimamoto, another element is also an agent at play in the production process of his paintings: chance. Randomness is also at the basis of Mimmo Rotella’s artypos. The artist gesture here appropriates discarded printing proofs recording the random layering of colours registering and press warm-ups. Venere Imperiale, 1966 is a poster mash up indicative of the artist’s interest in the iconic world of cinema.

Repetition as an artistic act, is at the heart of Morandi’s Nature Morte, of which Mythologies presents two examples (Natura Morta, 1948 and Natura Morta, 1949). Working within the traditional canon of still life painting, Morandi’s approach is one of meticulous, if not obsessive, juxtapositions of objects, with empty bottles, bowls and jugs, which become detached from their domestic origins and elevated into pure form, painted in neutral tone.

In contrast, the painted form and colour use in Calder’s Petit Mobile sur Pied, 1953 highlights the disparity that exists between form, masses and movement: the striking red, yellow and blue elements are united through a series of intricate mechanisms that allow them to move independently of each other without ever dominating or disrupting each other’s path, within a structure that conjures myriad formal associations.