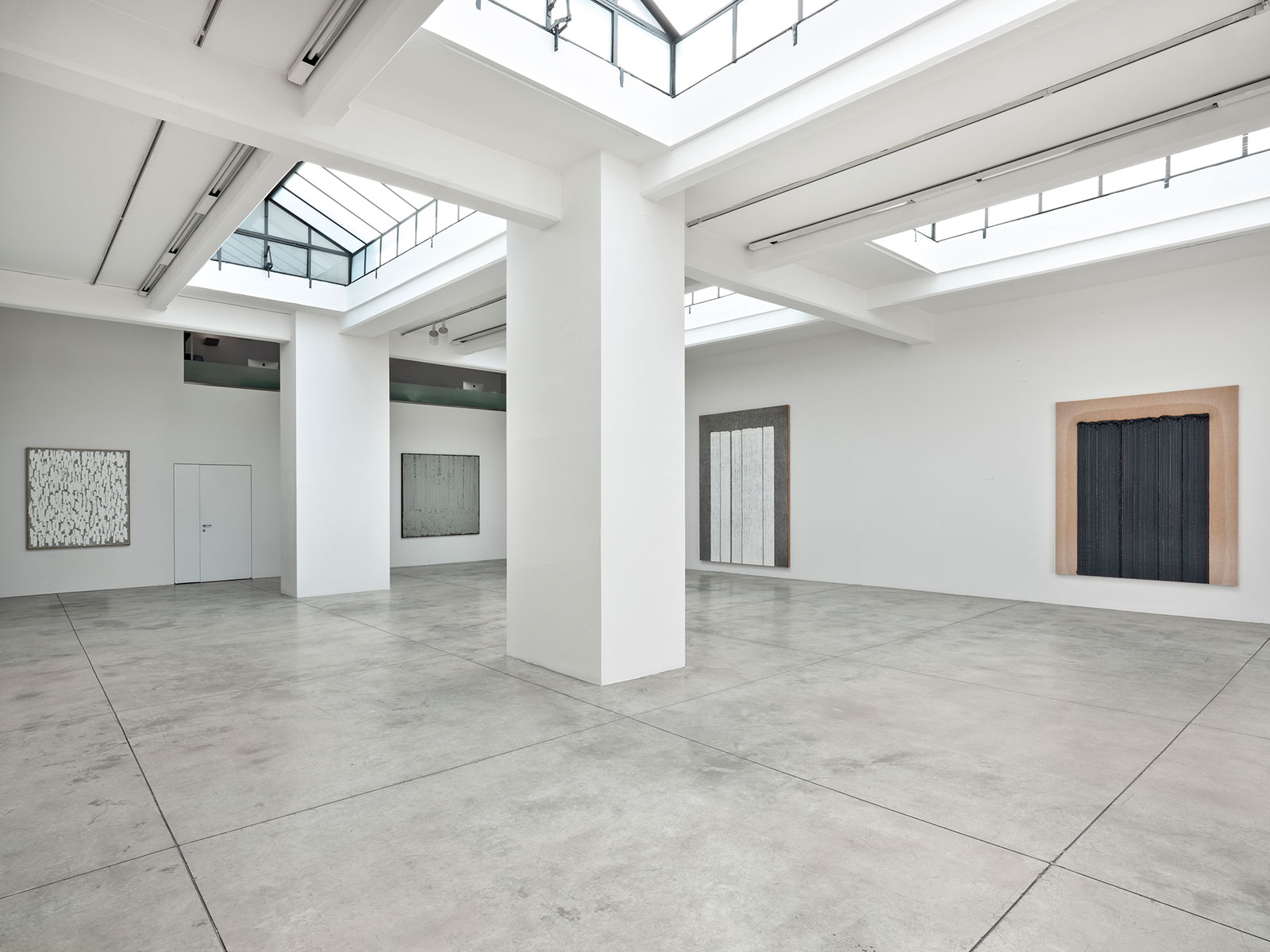 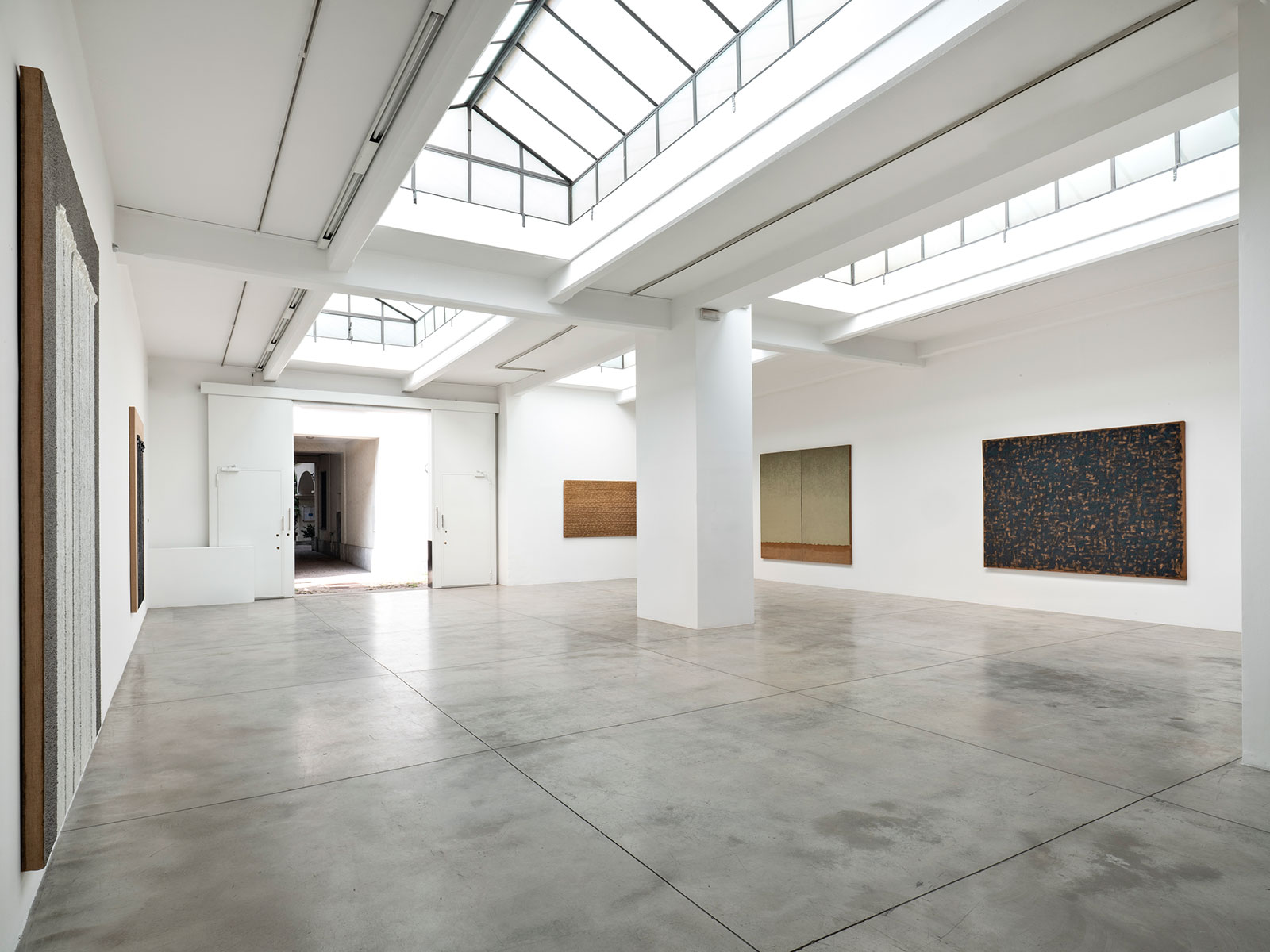 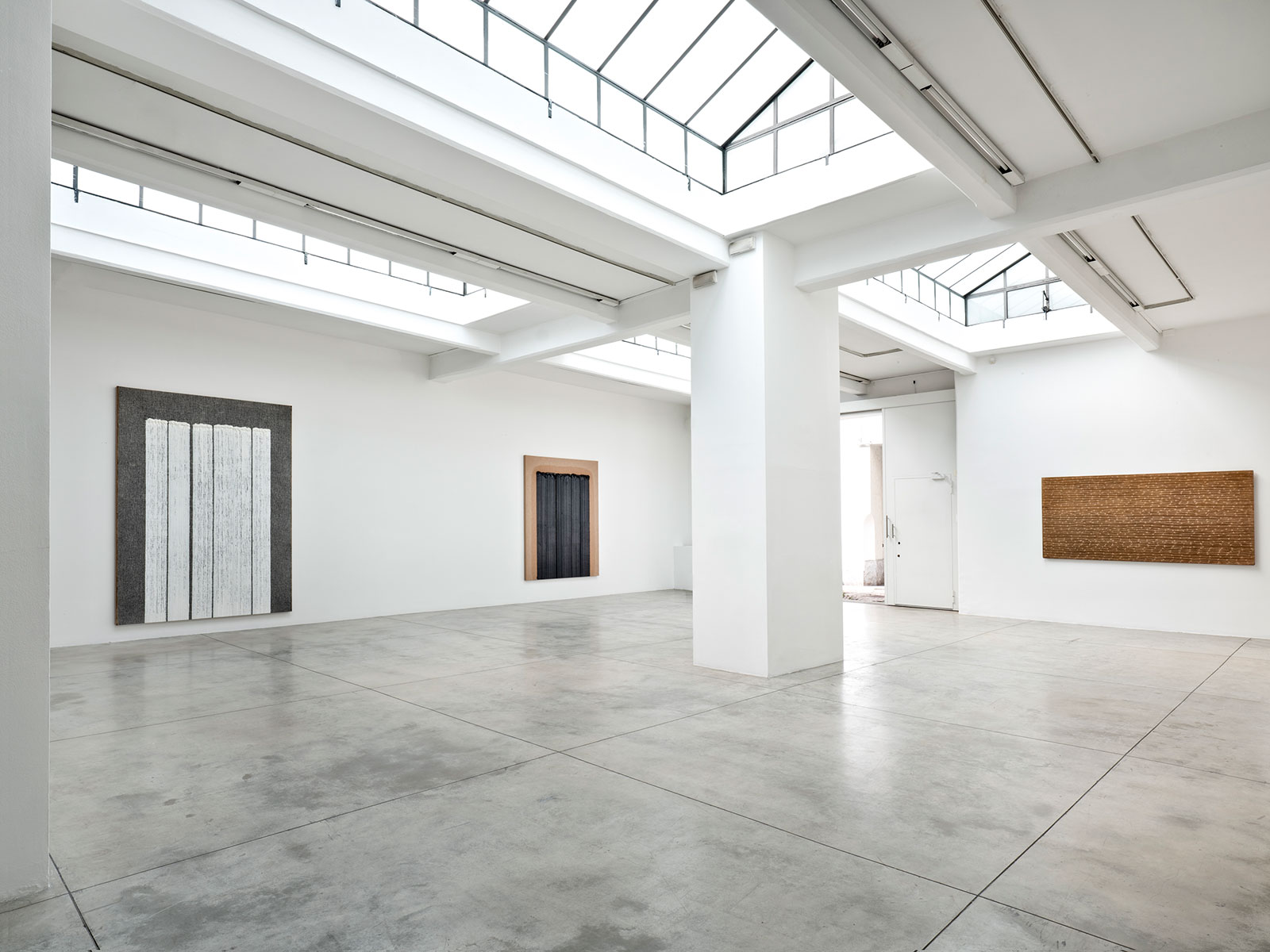 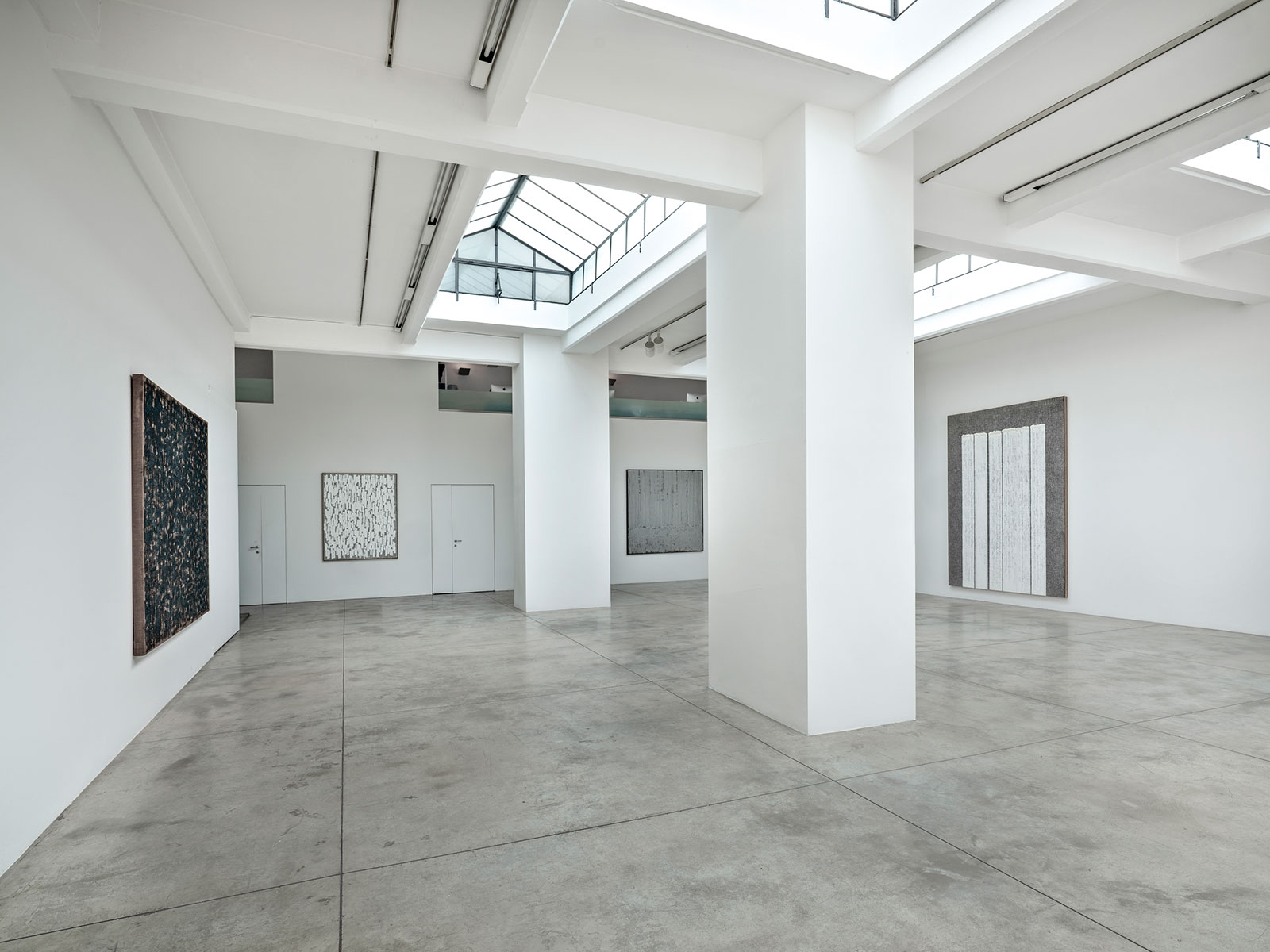 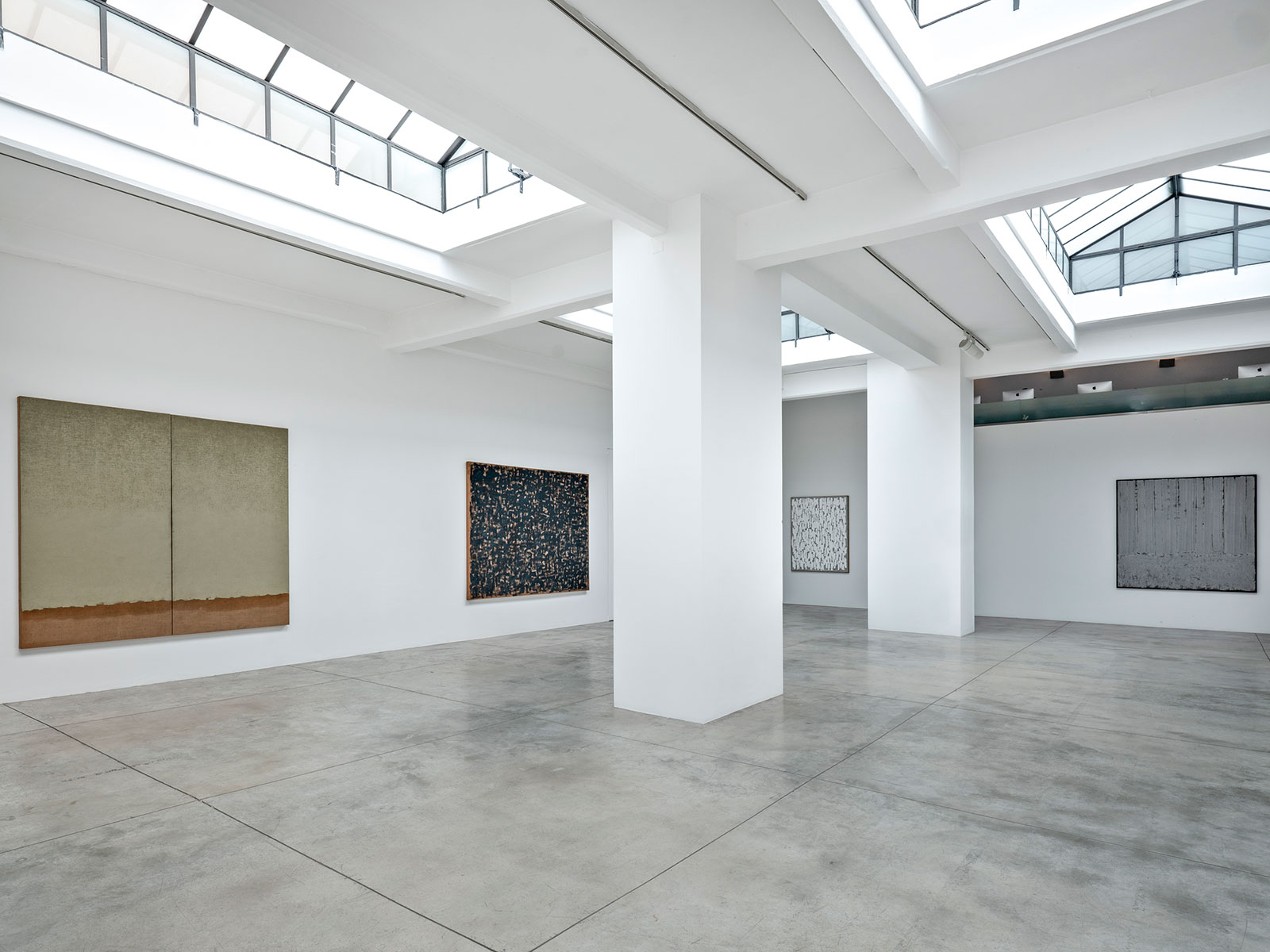 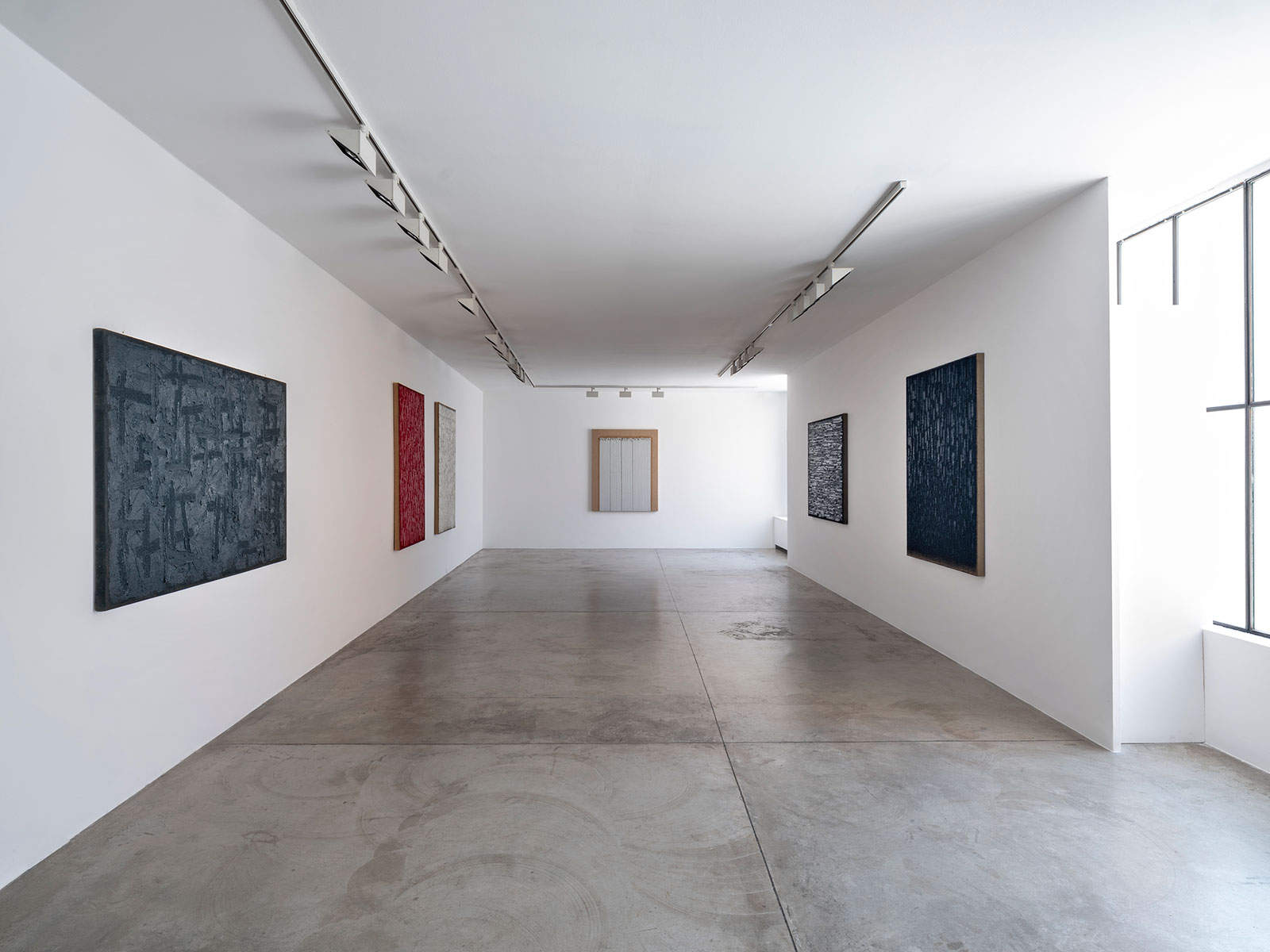 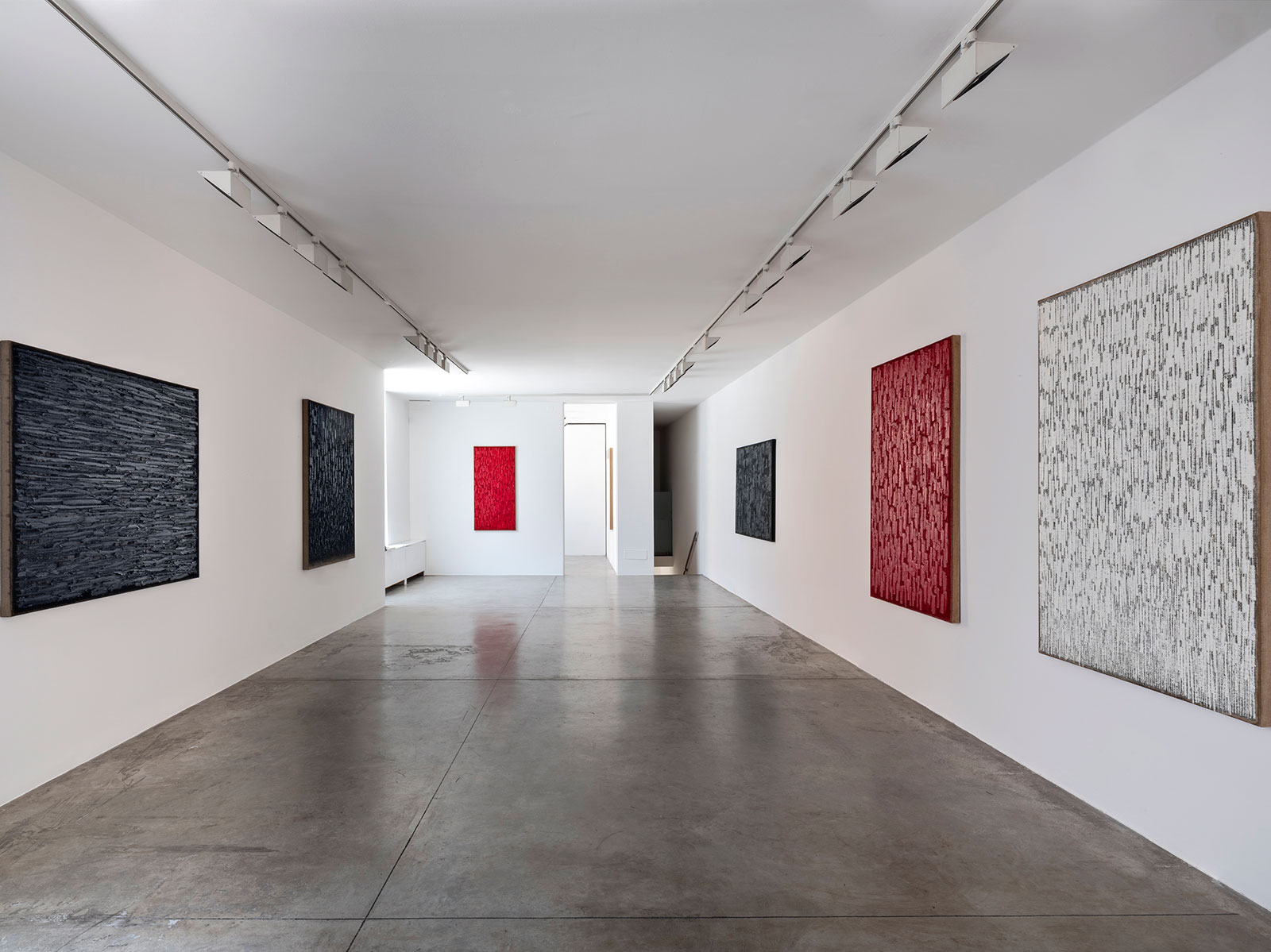 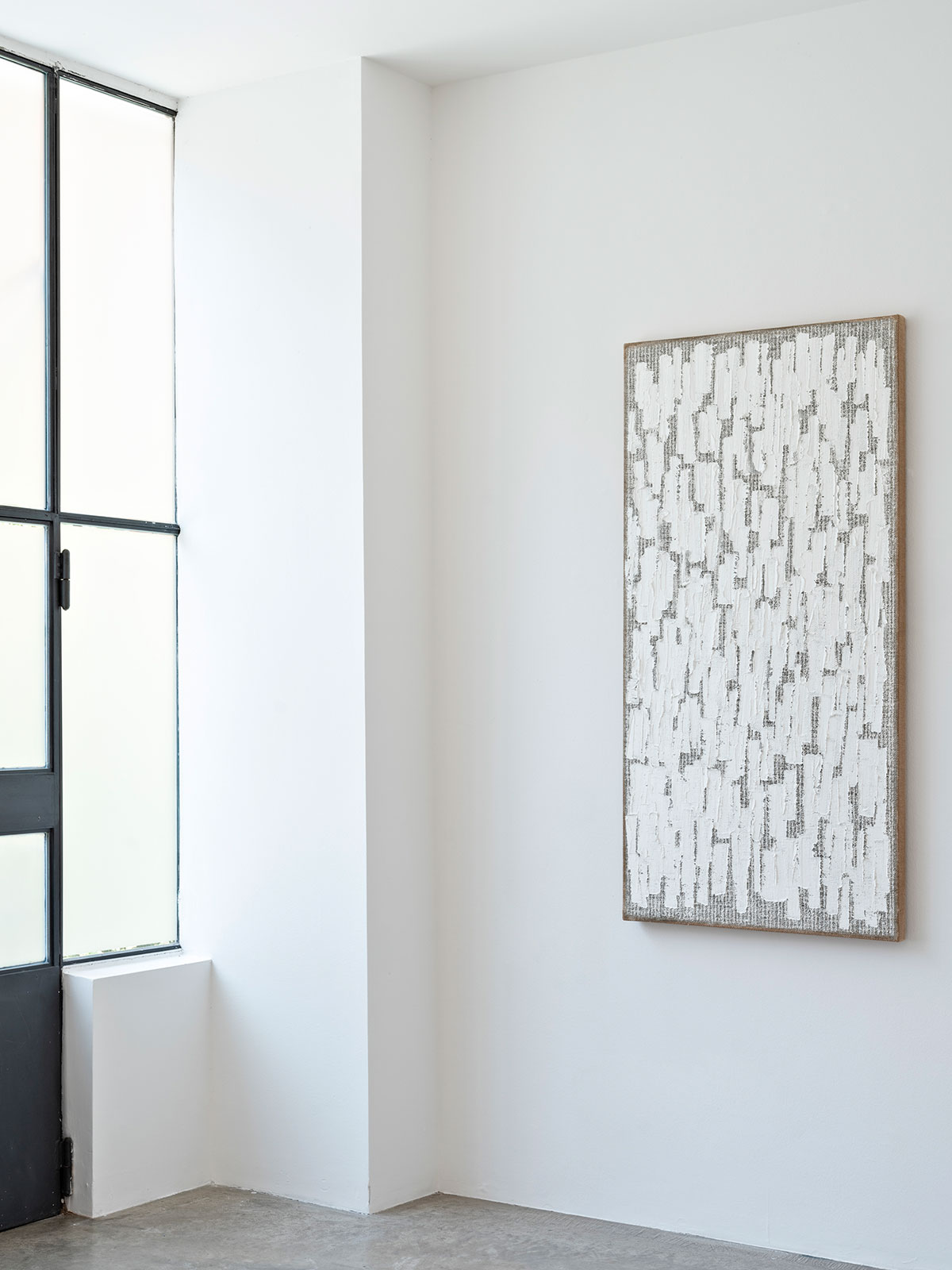 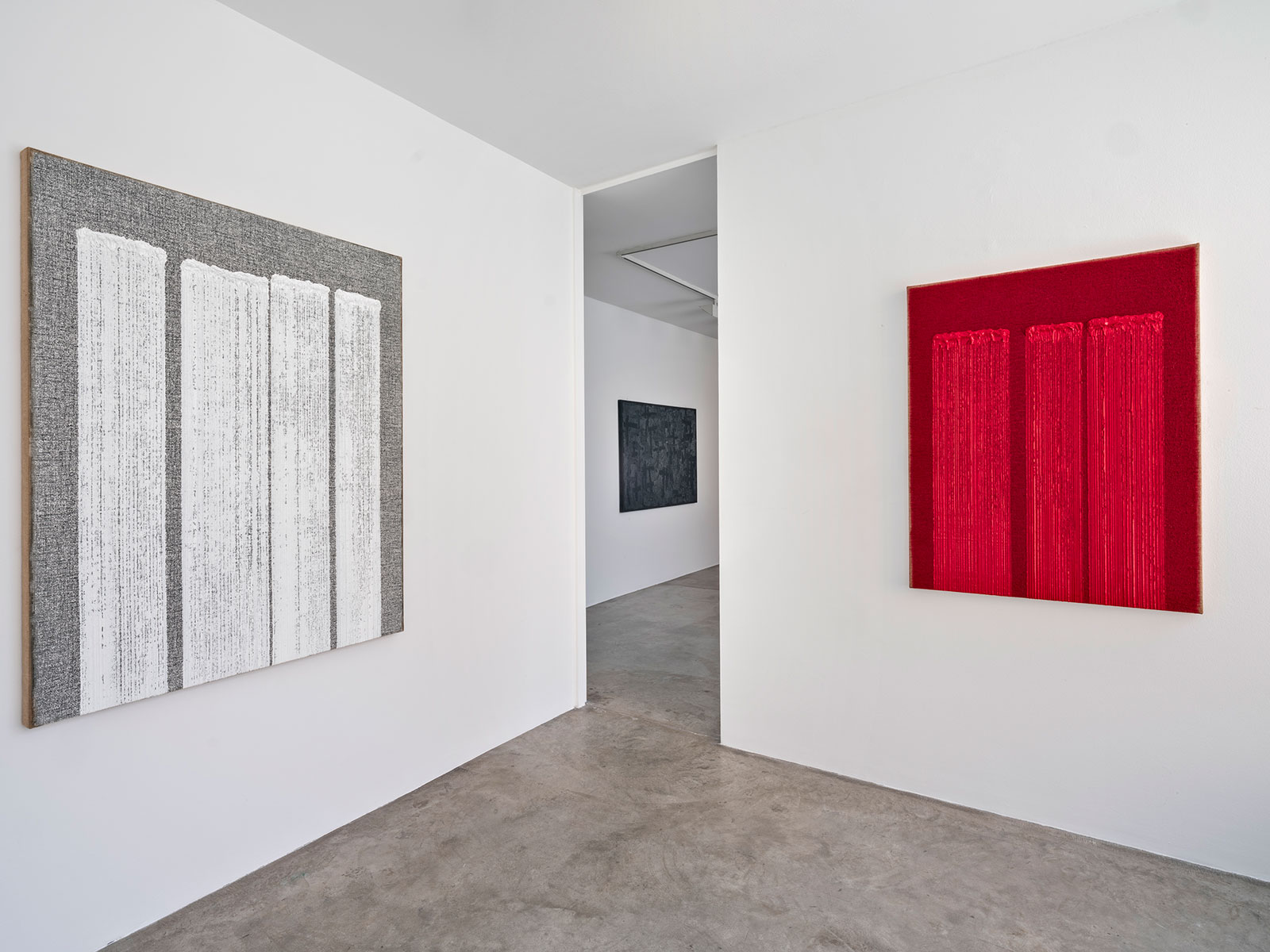 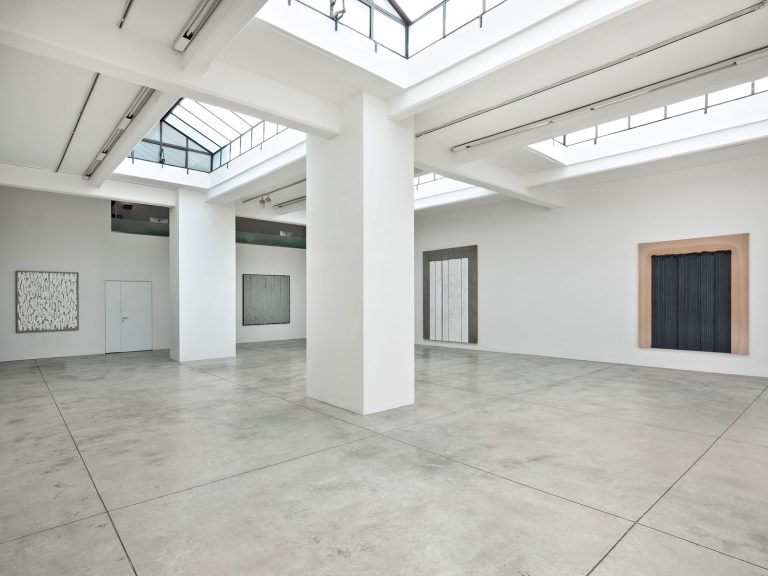 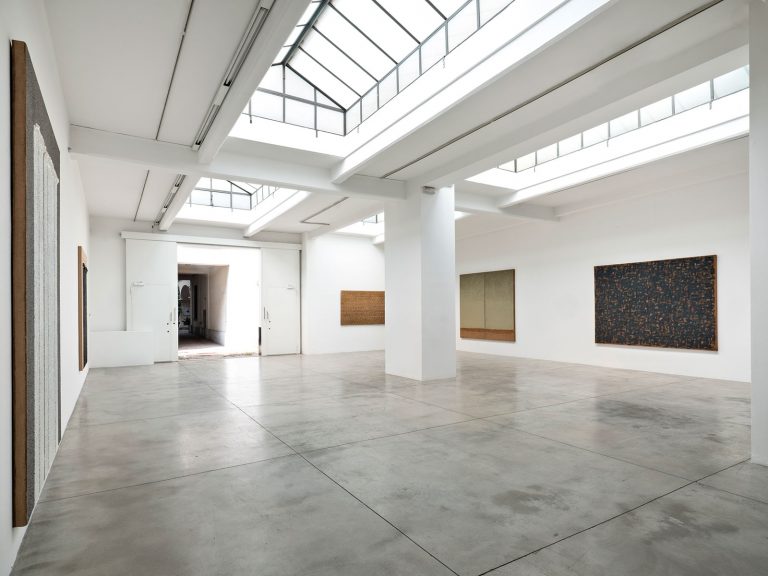 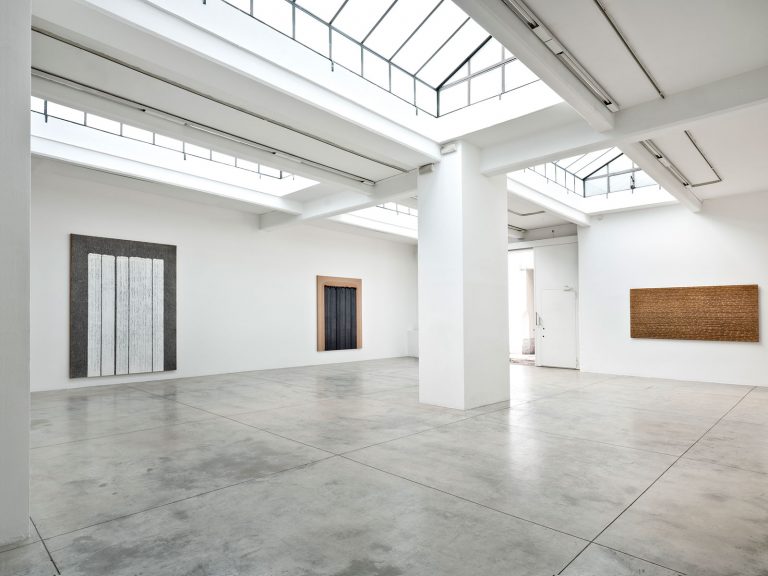 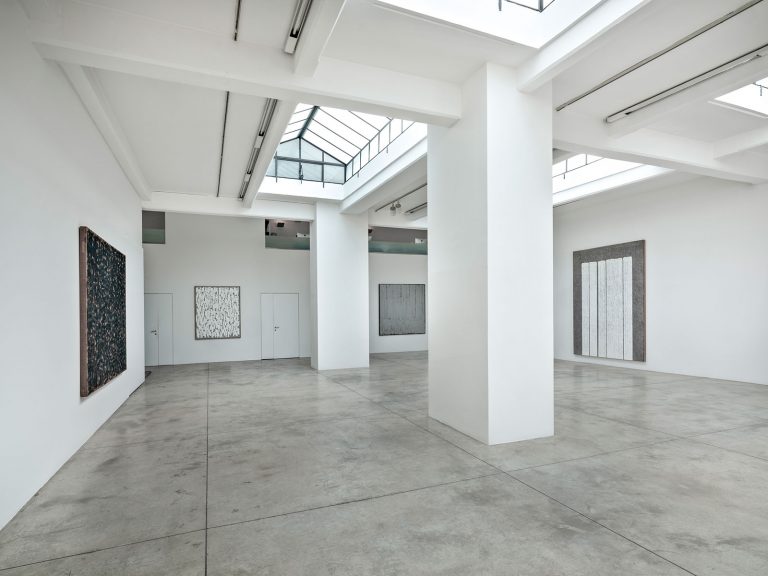 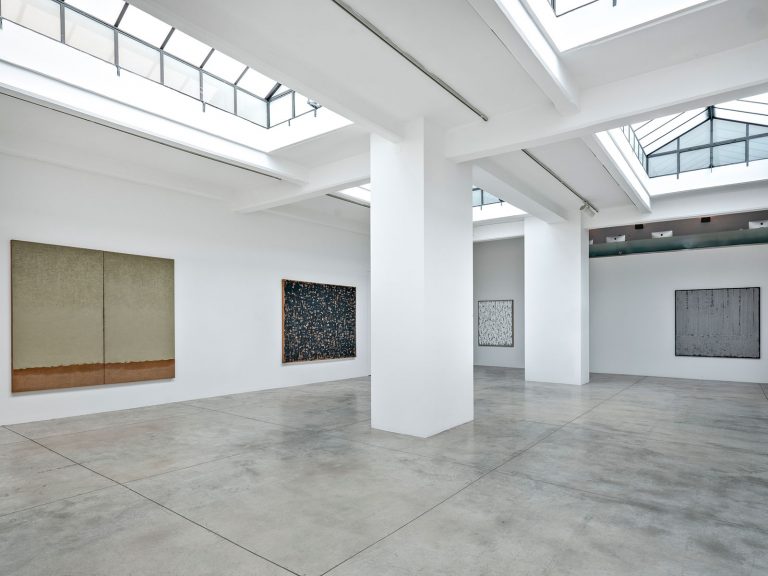 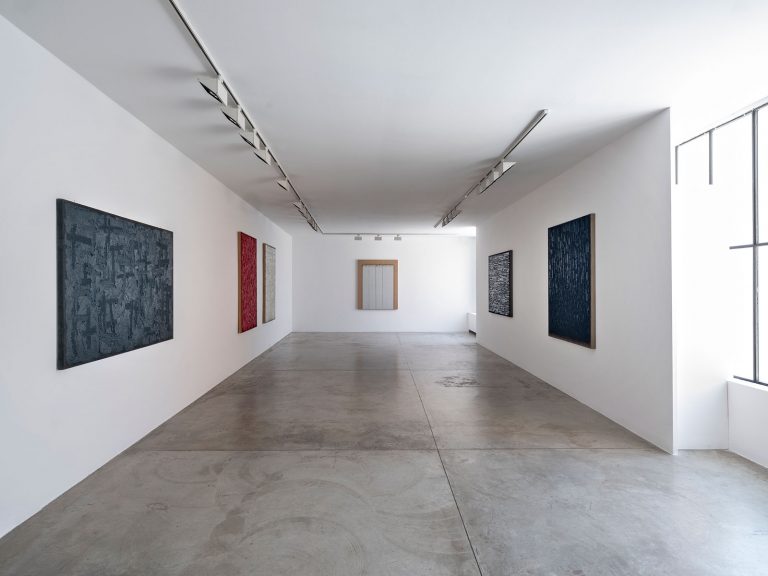 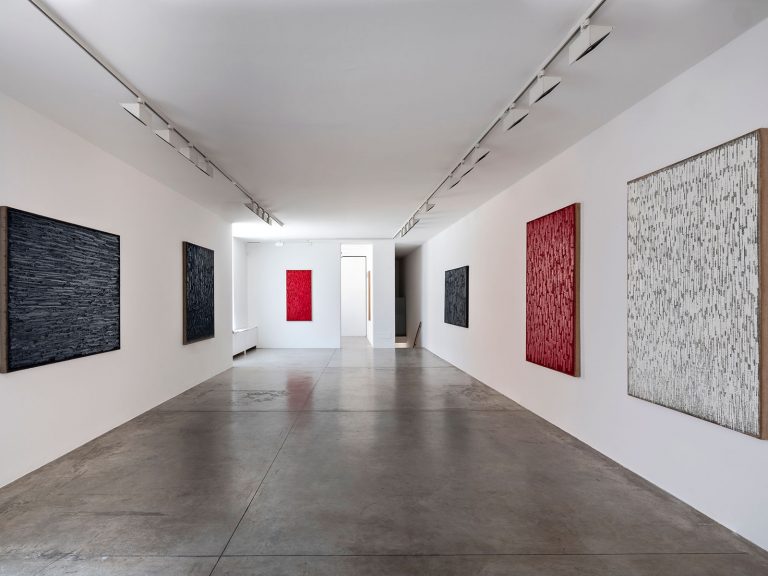 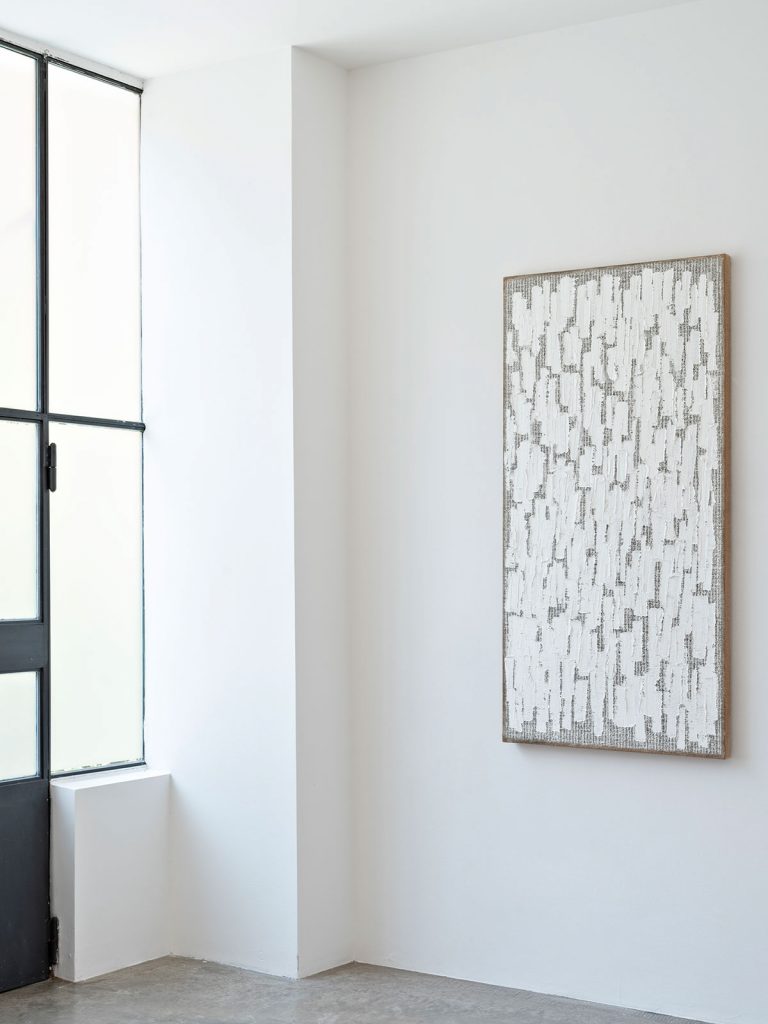 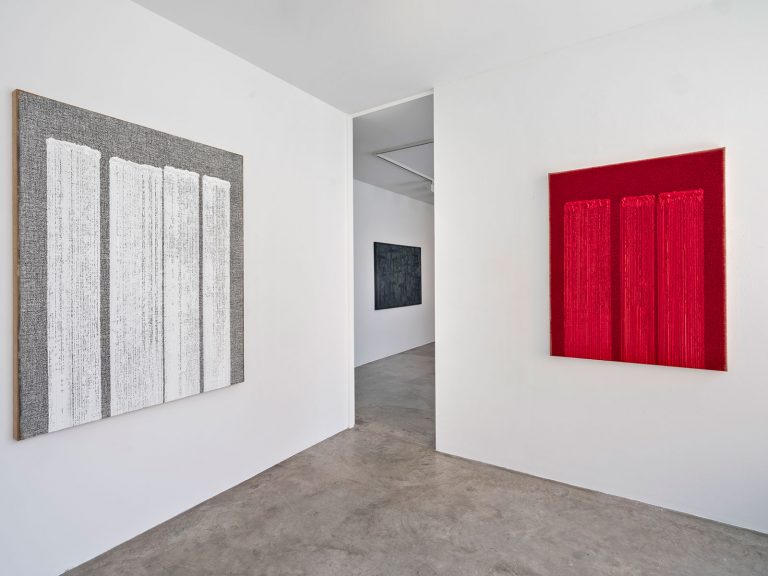 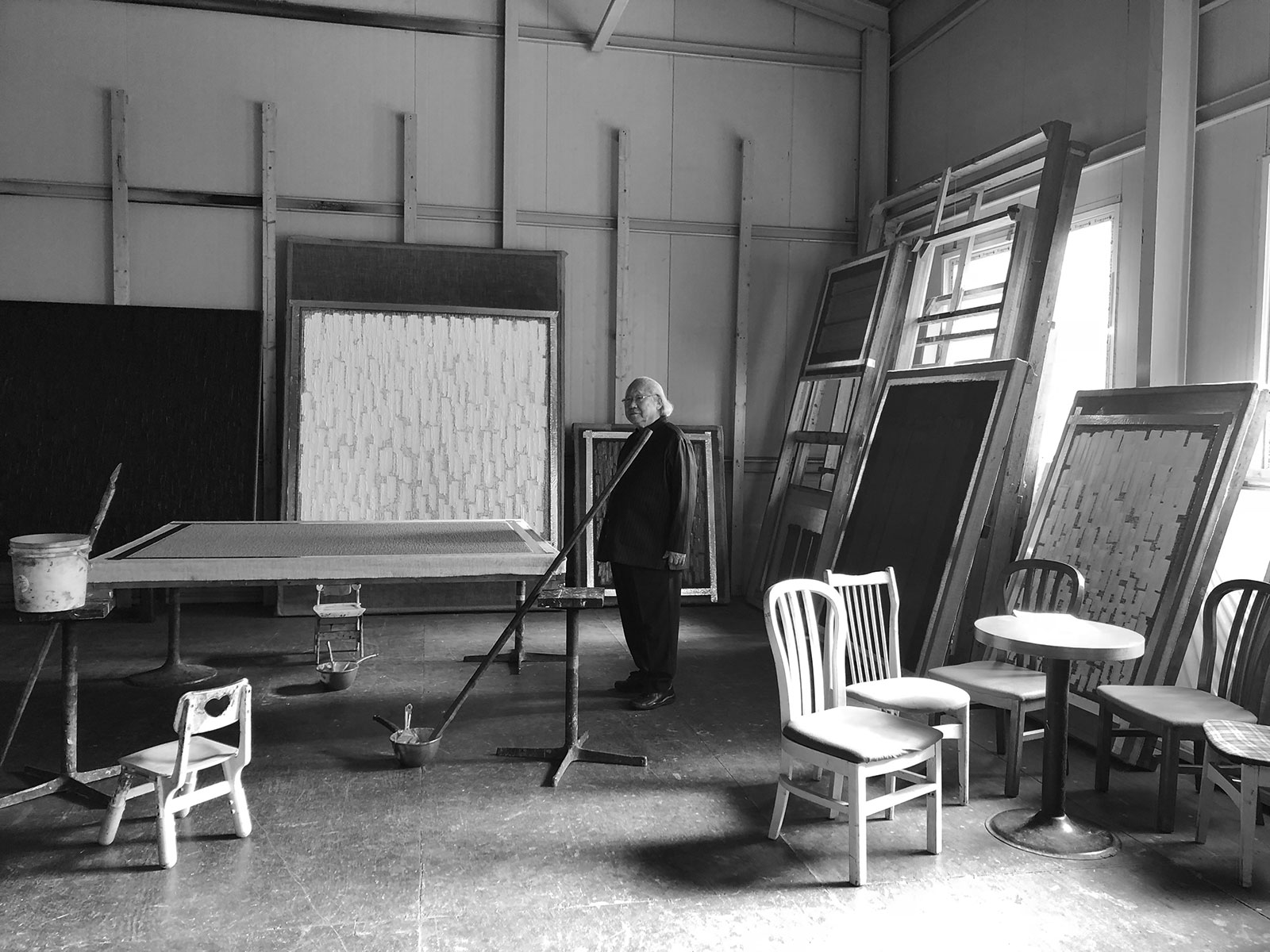 Cardi Gallery, Milan is pleased to present a solo exhibition of works by one of Korea’s most acclaimed artists Ha Chong- Hyun. On view from 18 September – 20 December 2019, the exhibition will feature mainly works from his Conjunction series from 1972 to 2019.

Ha Chong-hyun is one of the pioneering figures in the postwar art history and leading figure of Korea Dansaekhwa movement. Amid the extreme material deprivations and an authoritarian political system during the 1960s and 1970s, he explored the potential of unorthodox materials such as newsprint, scrap lumber, and barbed wire attached to canvas. Working with muted earth tones on burlap and hemp canvases while combining painting traditions from both the East and the West, Ha was instrumental in redefining the role of painting that challenged the strict delineation between sculpture, painting, and performance.

In 1974, he began to focus on the materiality of paint and burlap as more than a mere support through the Conjunction series, the name that the artist has given to all of his paintings since the early 1970s. It describes his philosophy wherein the purity of the painting medium and the artist’s physicality merge, or are conjoined, in the act of painting. In these works, he uses tools to push monochrome oil paint through the back of coarsely woven burlap so that it protrudes through the surface. Thereafter he brushes or smears the paint into a wide variety of abstract compositions.

The exhibition at Cardi Gallery, Milan presents new and recent works from the Conjunction series that use not only his signature palette of neutrals and navy, but also rich hues of blue, red and black. Ha’s use of red, blue, and vermillion shows the artist’s commitment to exploring colors seen in mundane surroundings in Korea. In particular, the vermillion color is new, that became part of Ha’s practice starting only last year.

Ha Chong-hyun and his peers came to be known as the Dansaekhwa movement, which includes artists such as Lee Ufan, Park Seobo, Kwon Young-woo, Yun Hyong-keun, and Chung Sang-hwa. Although the term literally means “monochrome painting”, it is defined by the methods employed as much as its reductionist aesthetics. The artists variously pushed paint, soaked canvas, dragged pencils, ripped paper, and otherwise manipulated materials in ways that troubled the distinctions separating ink painting from oil, painting from sculpture, and object from viewer.

This comprehensive exhibition at Cardi Gallery, Milan provides an invaluable opportunity to experience an artist whose work has challenged the traditional definition of painting and helped open a new and vital chapter in Korean abstract art. Still active in his eighties, the show will include both historical works as well as paintings made specifically for the exhibition. Accompanying the exhibition is a book on the artist with an essay by art critic Francesco Bonami.