Shozo Shimamoto was born in Osaka in 1928. After attending the University of Kwansei Gakuin, he became famous as the founder of the Gutai movement in the 1950s, distinguishing himself with an action-based pictorial style, offering an Oriental response to Pollock’s Abstract Expressionism and Allan Kaprow’s Happenings. His work has appeared in many important exhibitions, including those at the Solomon Guggenheim Museum in New York, the MOCA in Los Angeles, and the Jeu de Paume in Paris, and can be found in the permanent collections of major international institutions such as the Tate Modern in London, the National Gallery of Modern and Contemporary Art in Rome and the Museum of Contemporary Art in Tokyo. Nominated for the Nobel Peace Prize in 1996, Shimamoto died in Osaka in 2013 at the age of 85. 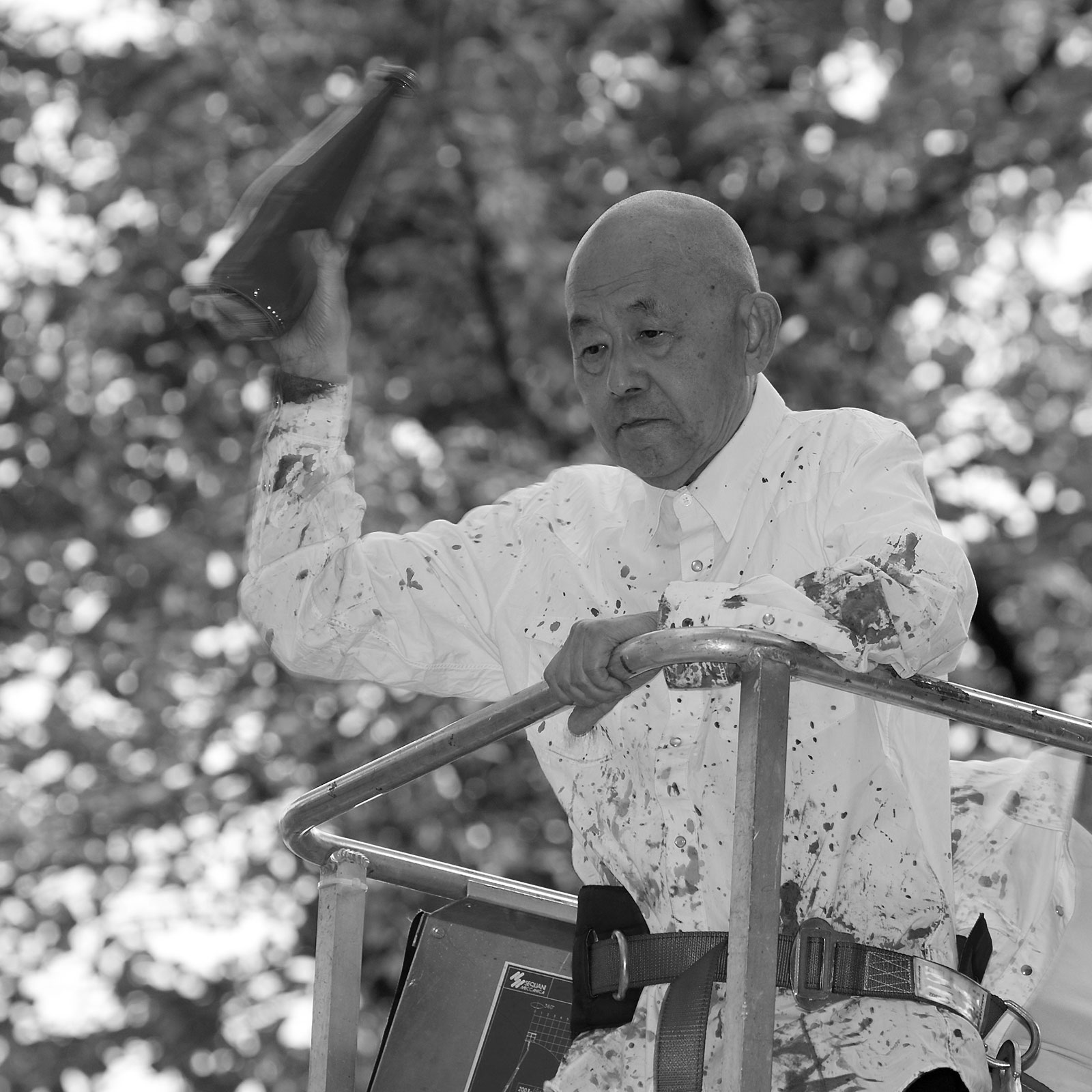