Salvatore Scarpitta (American, 1919–2007) is celebrated for his sculptural renderings of objects in motion. Born in Brooklyn, NY, Scarpitta grew up in Los Angeles where he was first exposed to dirt track racing, a personal passion which would carry over to his work as an artist. In 1936, the artist moved to Italy, completing a degree at the American Academy in Rome. During World War II, Scarpitta enlisted in the Navy and worked as a “monuments man”, identifying monuments and historical landmarks to protect from Allied bombings, and cataloguing art stolen from the Nazis. When the war ended, Scarpitta felt a need to create work that alleviated the trauma of World War II. 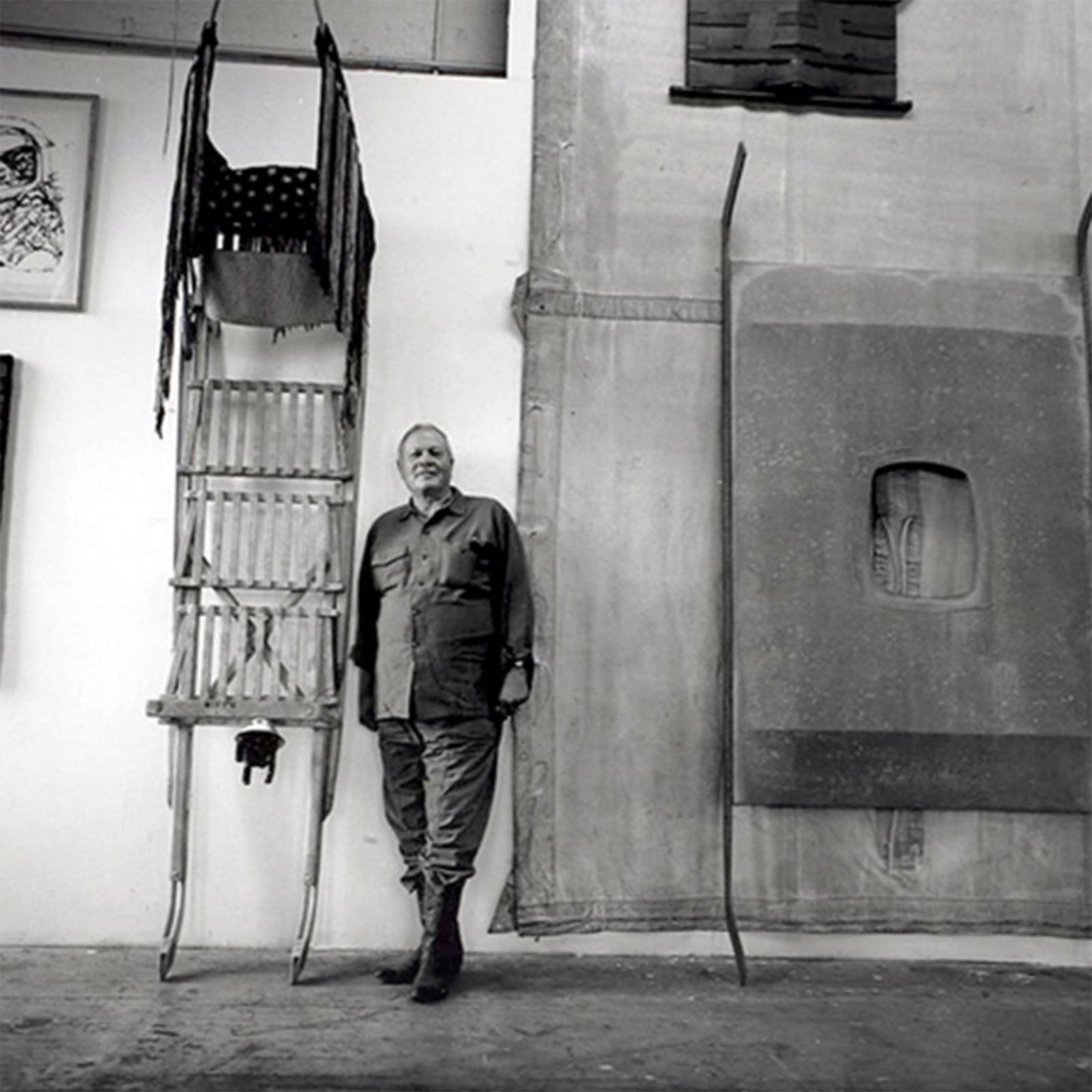