Pino Pascali was an Italian artist, sculptor, set designer and performer. Moved from Bari to Rome in 1955 to learn scene painting and set design at the Academy of Art. Pascali worked as an advertisement illustrator and designer for a number of years before his first solo exhibition in 1965 at the Galleria La Tartaruga. Pascali showed his fake sculptures, a series of shaped-canvases that first appear to be solid sculptures but are actually paintings that present abstract forms suggesting animals, plants and landscapes. Soon after, Pascali created his weapon series, which is perhaps his most famous group of works. Assembled from found materials and painted olive-green, it faithfully recreates every detail of the weapon it mimics. In 1968, Pascali died tragically in a motorcycle accident at the young age of thirty-two. His all too-short career has served as an important contribution to post-war art. 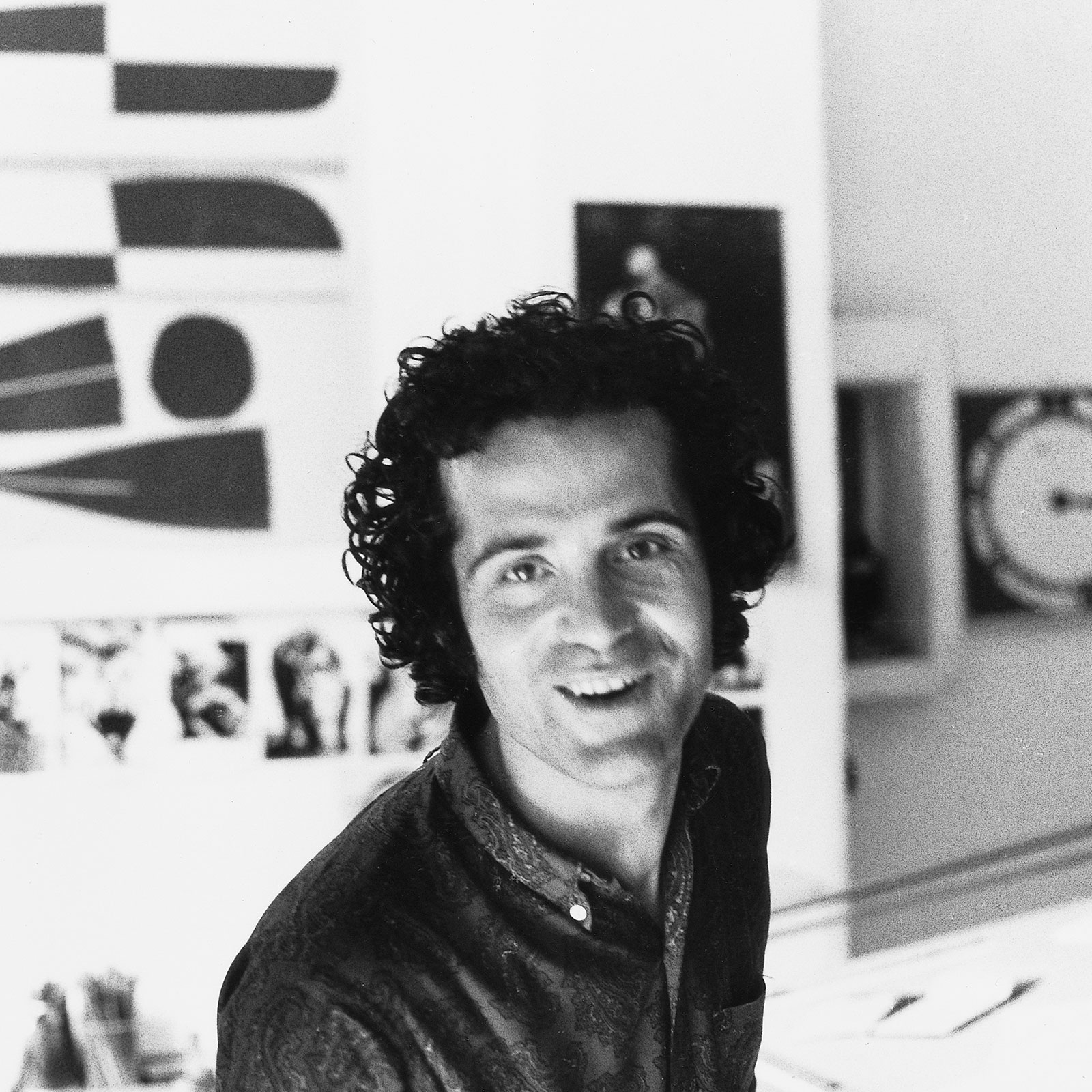