Piero Manzoni was an Italian Conceptual artist best known for his shocking pieces that questioned the nature of art objects. In perhaps his most provocative work, Merda d’artista (Artist’s shit) (1961), the artist filled and sealed 90, 30-gram tin cans, with his own feces. “I should like all artists to sell their fingerprints, or else stage competitions to see who can draw the longest line or sell their shit in tins”, Manzoni wrote. “If collectors really want something intimate, really personal to the artist, there’s the artist’s own shit. That is really his”. Born Count Meroni Manzoni di Chiosca e Poggiolo on July 13, 1933 in Socino, Italy, Manzoni was largely self-taught. In 1956, after becoming disillusioned with contemporary art he signed two manifestos, asserting his dedication to greater artistic freedom. His Achrome (1957–1963) paintings, a series of neutral-colored works made from wool, fiberglass, rabbit skin, and other colorless materials, were a direct response to a show of Yves Klein’s blue monochrome paintings. Tragically, at only 29 years old the artist suffered a fatal heart attack in his studio, on February 6, 1963 in Milan, Italy. Today, his works are held in the collections of the Tate Gallery in London, the Städel Museum in Frankfurt, and the Guggenheim Museum in New York. 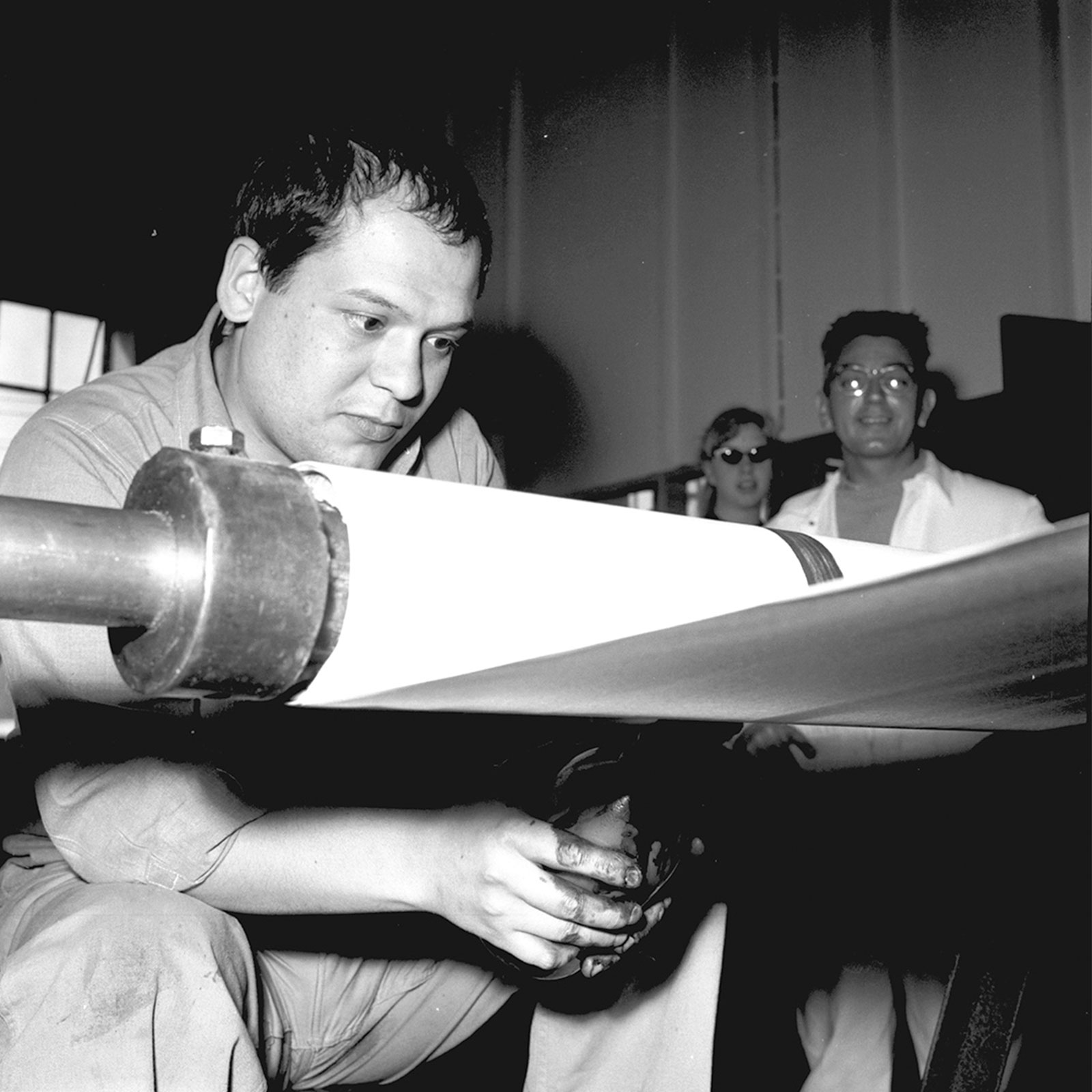