Lucio Fontana was an Argentine-Italian artist known as the founder of Spatialism. The movement focused on the spatial qualities of sculpture and paintings with the goal of breaking through the two-dimensionality of the traditional picture plane. He was best known for his monochrome canvases known as Concetti Spaziale that he would cut or puncture, leaving distinctive gaping slash marks and holes that imbued the finished work with an almost violent energy. In his seminal writing, White Manifesto (1946), the artist traced ideas for creating a new medium that blended architecture, painting, and sculpture. “I do not want to make a painting; I want to open up space, create a new dimension, tie in the cosmos, as it endlessly expands beyond the confining plane of the picture”, he said of his work. Born on February 19, 1899 in Rosario de Santa Fé, Argentina, the painter and sculptor spent his career travelling between Argentina and Italy. Fontana had widespread impact on the following generation of artists, who began to use installation media more aggressively to address the dynamics of space in gallery environments and Land Art. Fontana died on September 7, 1968 in Varese, Italy at the age of 69, just two years after being awarded the Grand Prize for painting at the Venice Biennale. Today, his works are held in the collections of the Tate Gallery in London, the National Gallery of Art in Washington, D.C., the Kunstmuseum in Basel, and the Thyssen-Bornemisza Museum in Madrid, among others. 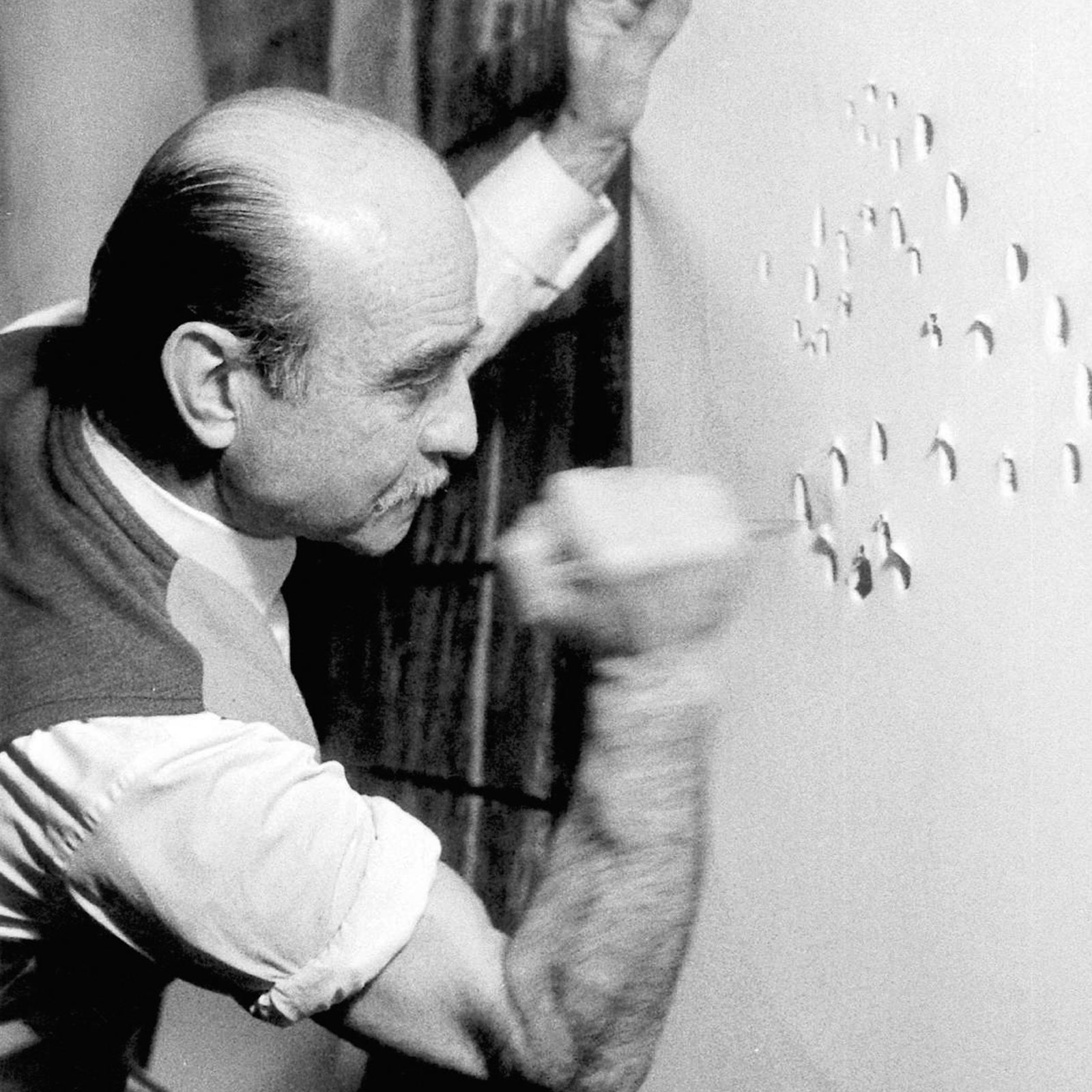