Ha Chong-Hyun (b. 1935, Sancheong, South Korea) and has lived and worked in Seoul since graduating from Hongik University, Seoul, South Korea in 1959. His practice was heavily determined by his experience of Seoul’s slow process of reconstruction following the Korean War of 1950-53. Like many other artists maturing in this complex historic moment, Ha initially examined the interrelation among industrial objects and organic forms. However, he eventually turned from sculptural installation to painting, and toward a radical re-evaluation of the canvas as support and pictorial surface. This led to Conjunction, an ongoing series of paintings he initiated in 1974. In this process, the artist stretches an expanse of coarsely woven hemp and pushes thick oil paint from the back of the canvas to its surface, finally manipulating the paint with a brush, palette knife, or other tools. Ha Chong-Hyun thus became one of the main exponents of an informal group of Korean artists whose work was later termed Dansaekhwa, or “monochrome painting”. With this demanding, process-based body of work, Ha redefined the materiality of canvas, effectively negating its two-dimensionality and flatness and highlighting how it may exist as a vehicle of transmission for the pigment. 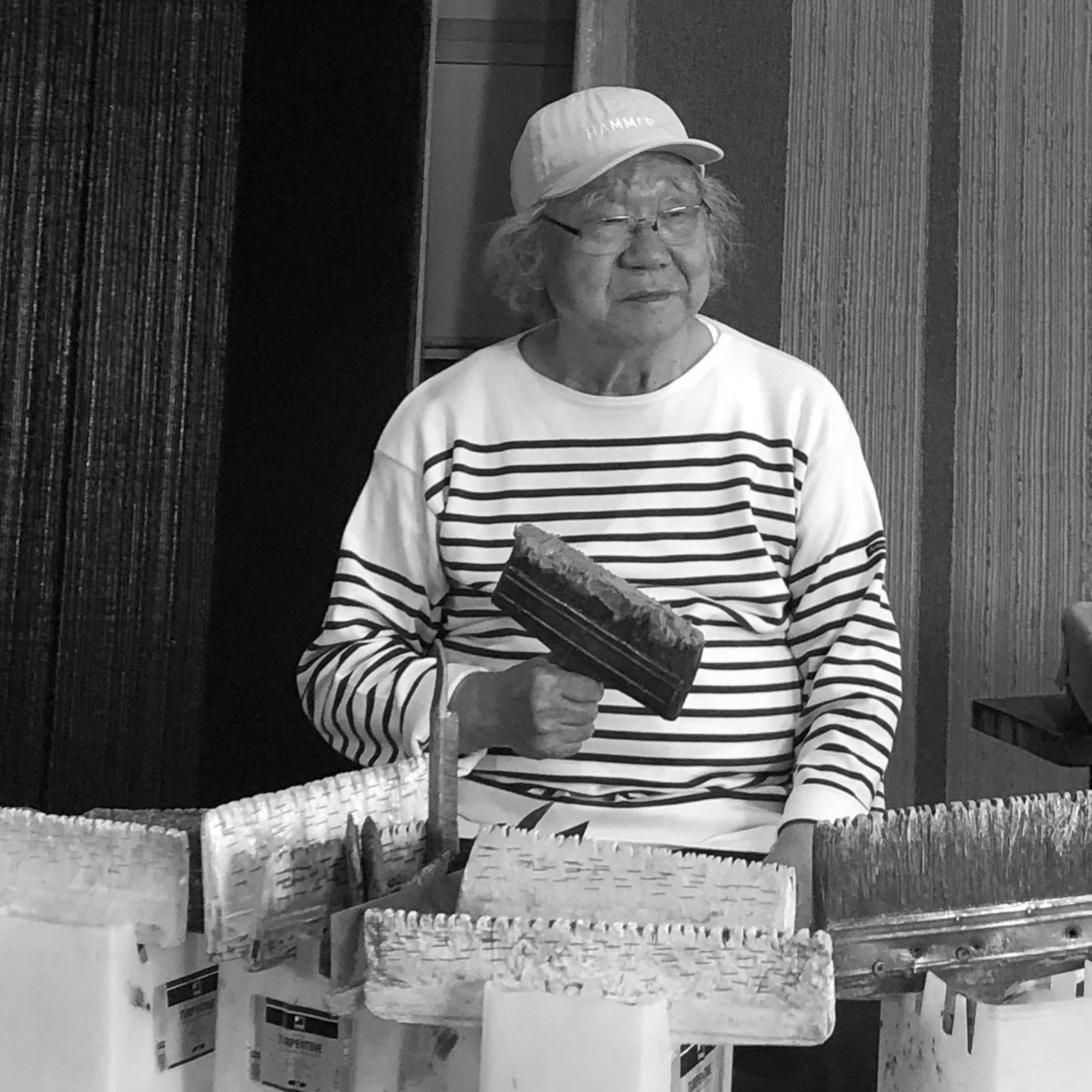