Günther Uecker is a German artist and member of the ZERO movement best known for his signature use of nails arranged into tactile, sculptural paintings. Following an interest in Eastern philosophies, Uecker’s use of nails on canvas served as a meditative ritual, with the repetitive nature of hammering, transforming his theories into a lived artistic practice. First drawn to the Socialist Realism style of painting while studying in postwar Berlin, Uecker began creating reliefs in 1957. Born on March 13, 1930 in Wendorf, Germany, the artist met John Cage in 1959 who influenced the scope of his practice. In Uecker’s later work, the artist merely initiates a project and allows it to be taken where it needs to go – wherever that may be, even if it eventually is out of his hands. In 1961, after joining the ZERO group alongside Heinz Mack and Otto Piene, Uecker expanded his practice to include audience participation. The artist currently lives and works in Düsseldorf, Germany. Uecker’s works are held in the collections of the Art Institute of Chicago, the National Gallery of Art in Washington, D.C., The Museum of Modern Art in New York, and the Courtauld Institute of Art in London, among others. 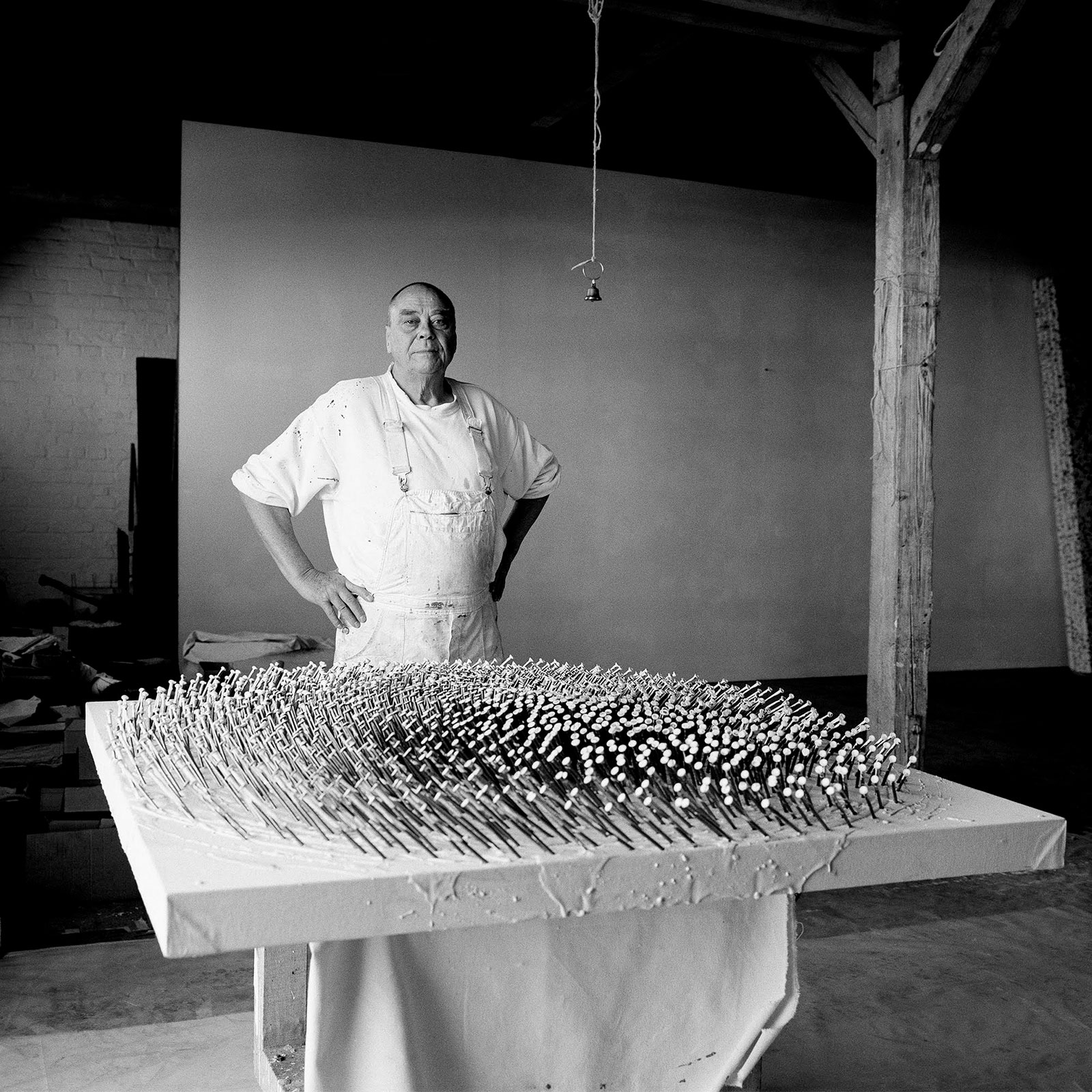