Giuseppe Uncini was born in Fabriano in 1929. His early artistic pursuits took place in his hometown, then, in 1953 he moved to Rome, where he encountered many of the Italian and international artists residing in the capital (Capogrossi, Afro, Mirko, Gentilini, Cagli, and later Franchina and Colla, who along with Emilio Villa were regular visitors in the studios of Burri and Mannucci). In 1955 he participated in the VII Quadrienniale di Roma at the Palazzo delle Esposizioni, and two years later he exhibited for the first time in Germany, at the group exhibition Abstrakte italianische Kunst, held in Frankfurt am Main.
In 1956-1957 he began working on the series entitled Terre [Earths], works on boards realised with hard volcanic rock, sand, ashes and coloured pigments. However, the turning point in Uncini’s artistic development came with the creation, in 1957 and 1958, of his first Cementiarmati [Reinforced concrete], sculptures created using iron, cement and wire netting. In these works structural supports are visible, creating a contrast with their rough, compact cement surfaces which often show the veining left by their formwork.
These works were followed by several exhibitions by the so-called Giovane scuola romana: Uncini, Festa, Lo Savio, Angeli and Schifano. His first important solo exhibition was in 1961 at the Galleria l’Attico in Rome. The “Gruppo Uno”, formally established in 1963 with fellow artists Biggi, Carrino, Frascà, Pace and Santoro, organised a series of exhibitions and the publication of a manifesto outlining its ideas. The Gruppo Uno, disbanded in 1967, distanced itself from Art Informel, proposing a concept of art that was connected to the theories of perception, and suggested a different role for the artist in society.
Uncini’s artistic research continued with Ferrocementi [Iron-Concretes], from 1962 to 1965, in which the cement is so smooth it practically loses its material quality. Here the iron rebar becomes the real protagonist, determining the dimensions of the cement and the relationship between interior and exterior. These works were followed by Strutturespazio [Space structures], created in 1965, which were presented at the XXXIII Venice Biennial in 1966. In 1968 Uncini became interested in the relation between object and shadow, a concern which accompanied him in the realisation of his works for several years. Also in 1968, Palma Bucarelli commissioned the work Porta aperta con ombra [Open Door with Shadow], which was exhibited between two rooms at the Galleria Nazionale di Arte Moderna in Rome.
The artist’s encounters with Galleria Christian Stein in Turin (solo exhibitions in 1968, 1971 and 1975), and with Studio Marconi in Milan (solo exhibitions in 1973, 1976, 1980 and 1995) were important milestones in his career. The series Mattoni [Bricks] originated in the years 1969-72, and between 1972 and 1978 Uncini created the series Ombre [Shadows], in which massive architectural presences converse with and confront the artist’s own shadow, which has also been constructed and rendered into a volume.
The 1980s were represented by Dimore [Dwellings], surfaces which suggest architectural landscapes: buildings, doors, windows and thresholds, complete with their own shadows. In 1984 Uncini was once again present at the Venice Biennial with a solo exhibition room. In 1990 he participated in the serial exposition L’Altra Scultura in Madrid, Barcelona and Darmstadt, with a new cycle entitled Spazi di ferro [Spaces of Iron].
In 1999 his works were exhibited at PS1 in New York, in the Minimalia exhibition. In 2001, an important retrospective on his work was held at the Stadtische Kunsthalle in Mannheim. His next works, from 2004 on, were titled Architetture [Architectures].
In 2008, on the occasion of the Fiera di Bologna, a catalogue raisonné of Giuseppe Uncini’s work, edited by Bruno Corà, was presented to the public. In the same year he started the new cycle entitled “Artifici” [Artifices], he was commissioned to create an important work for the Sculpture Park at MART, in Rovereto, and he began working on a project that included an itinerant anthological exhibition to be held between 2008 and 2009 at ZKM in Karlsruhe, at MART in Rovereto, and at the Landesmuseum Joanneum in Graz. He died unexpectedly at the age of 79, at his home-studio in Trevi, on the night 31 March, 2008. 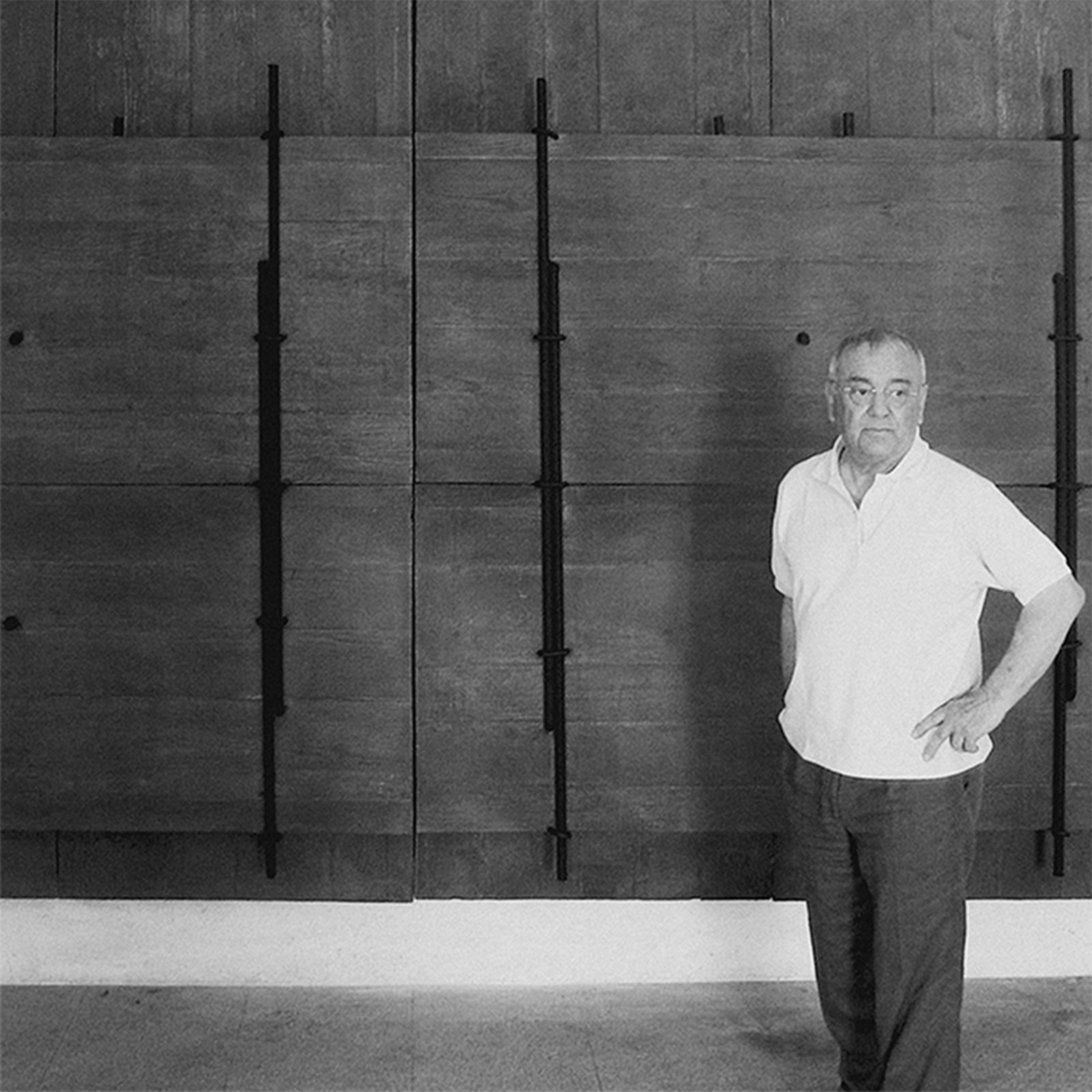