Giuseppe Penone is an Italian Conceptual artist. Noted for his associations with the Arte Povera movement, Penone’s work primarily focuses on the relationship between humankind and nature. He uses a variety of organic materials – such as trees, wood, stone, and ceramic – to distance himself from modern society and focus on basic truths of life and the planet Earth. Penone’s ephemeral, thought-provoking work has spanned across different aesthetic periods, wherein the artist often develops elaborate pieces over the course of decades. Born on April 3, 1947 in Garessio, Italy, he has been met with international critical acclaim and success, beginning with a solo exhibition at the Deposito d’Arte Presente in Turin in 1968, and has since been included in major exhibitions at institutions like the Guggenheim Museum in New York in 1982, and the Musée d’Art Moderne de la Ville de Paris in 1984. His work is included in the collections of the Tate Gallery in London, the Centre Georges Pompidou in Paris, MAXXI in Rome, the Castello di Rivoli in Turin, the Stedelijk Museum in Amsterdam, The Museum of Modern Art in New York, and the Museum of Contemporary Art in Los Angeles. He lives and works between Turin, Italy and Paris, France. 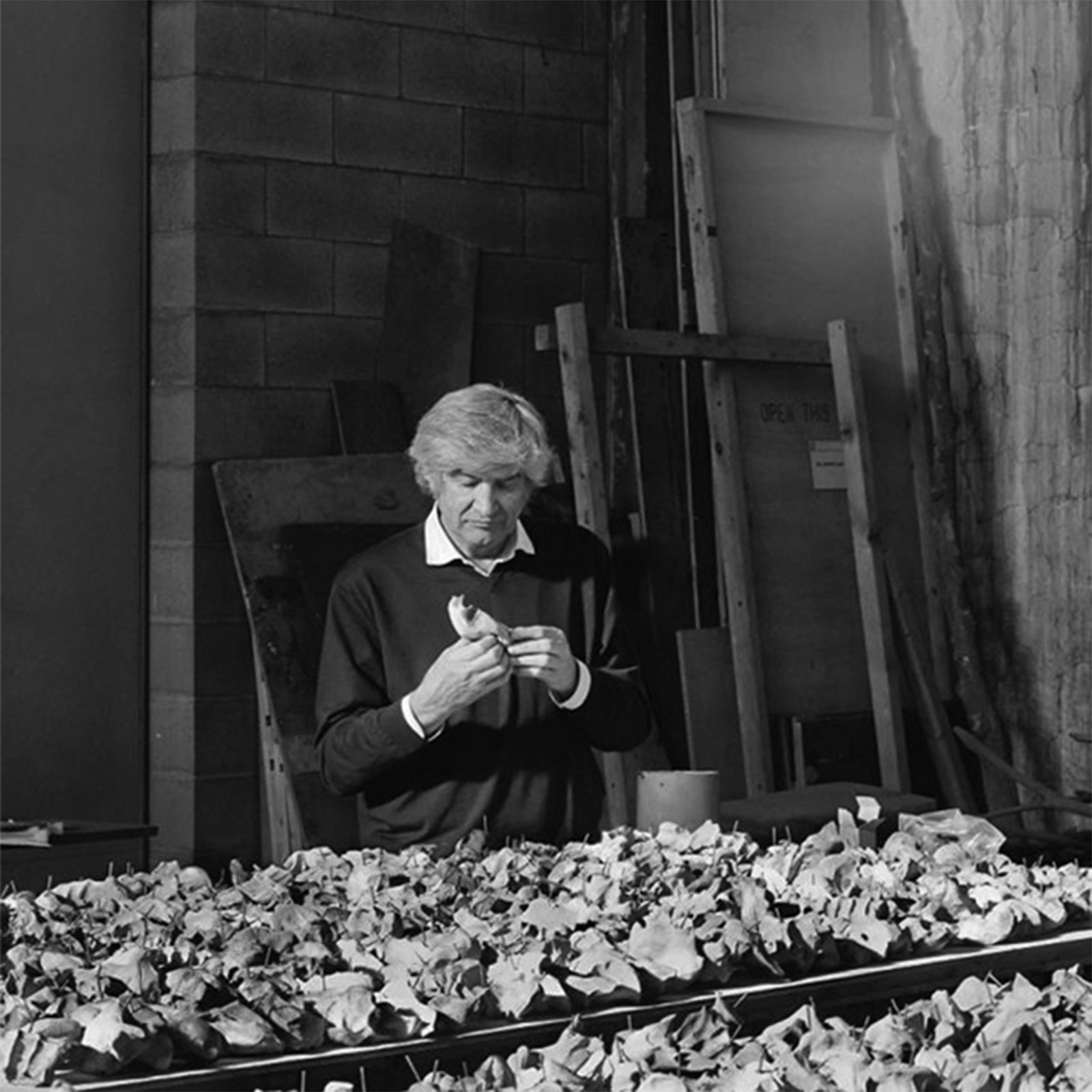