Fausto Melotti was a mid-century Italian Modernist sculptor and installation artist. His playful structures, such as La Neve (1973), played with balance and negative space to create a whimsical and intriguing final result. Best known for his bronze sculptures, the artist was also associated with his terracotta “Teatrini” (or Little Theaters), small ceramic boxes filled with figurines. Born on June 8, 1901 in Rovereto, Italy, Melotti studied physics and mathematics before enrolling at the Academia di Brera in Milan, where he studied alongside artist Lucio Fontana, his lifelong friend. Melotti died on June 22, 1986, the same year he was awarded the Golden Lion at the Venice Biennale. In 2013, the artist’s work was revisited in an exhibition Klee – Melotti at the Museo d’Arte in Lugano, which drew parallels between Melotti’s sculpture and Paul Klee’s painting. Today, his work is held in the collections of The Modern Museum of Art in New York, the National Gallery of Art in Rome, and the Gori Collection in Pistoia, among others. 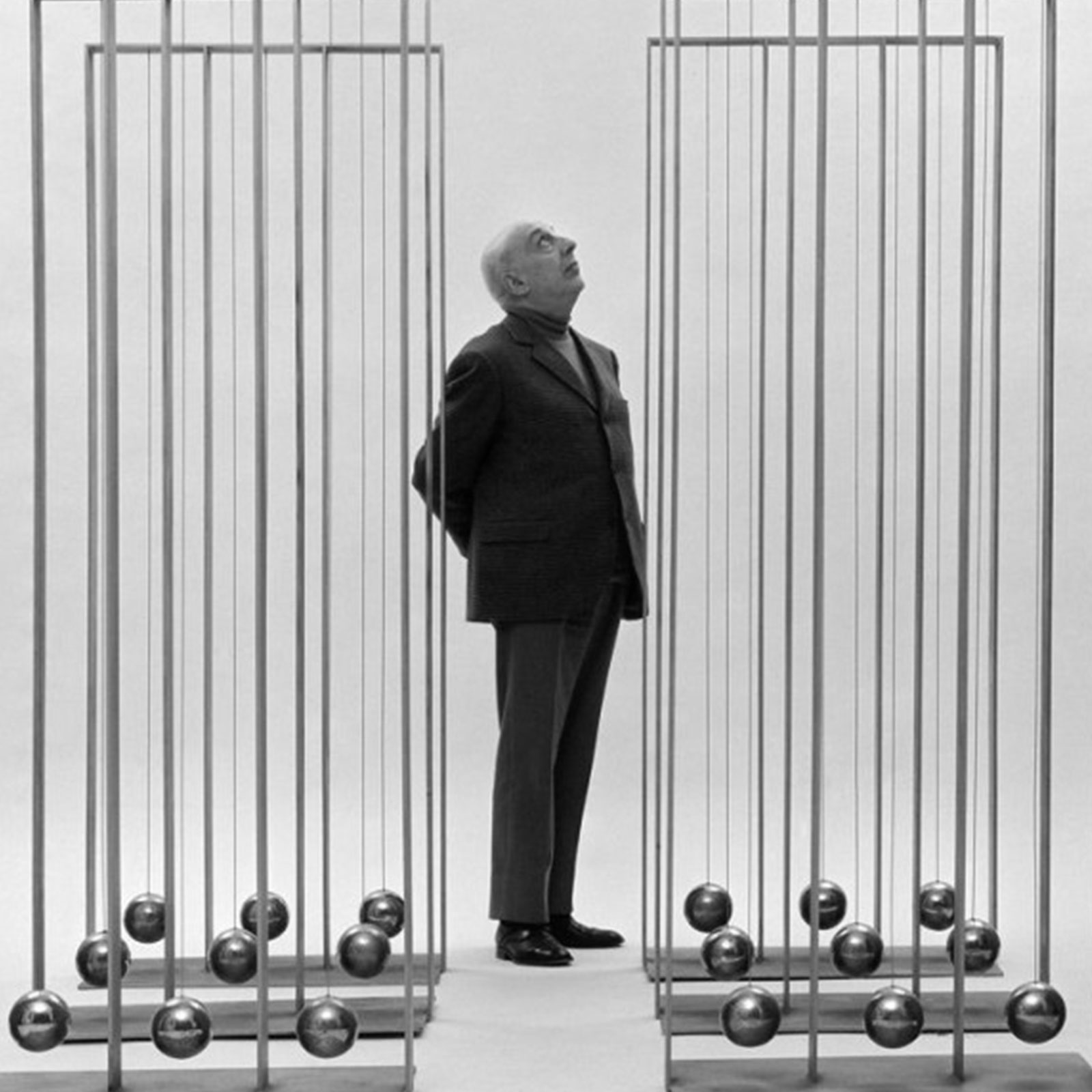