Cy Twombly was a seminal American artist who came of age immediately following the Abstract Expressionist generation. His iconic large-scale paintings consisted of looping marks scribbled and smeared on raw canvas or linen. Twombly’s practice melded his interest in Roman and Greek mythological stories, including Leda and the Swan, with the frenetic doodling of chalk on a blackboard. “My line is childlike but not childish. It is very difficult to fake”, he once explained. “To get that quality you need to project yourself into the child’s line. It has to be felt”. Born Edwin Parker Twombly Jr. on April 25, 1928 in Lexington, VA, he went on to attend the Art Students League of New York where he met Robert Rauschenberg. It was Rauschenberg who recommended that he enroll at the Black Mountain College. While at the college, Twombly studied under Franz Kline and Robert Motherwell, who introduced him to the work of Paul Klee. From 1960 onward, the artist spent the majority of his time between Rome and the medieval port city of Gaeta, where he steeped himself in thoughts of the Mediterranean Sea and ancient naval battles that had taken place there. He died on July 5, 2011 in Rome, Italy. In 2016, the Centre Georges Pompidou held a major exhibition on the Twombly, which included an assortment of 140 works ranging from sculptures and drawings to paintings and photographs. Today, the artist’s works can be found in the collections of The Museum of Modern Art in New York, the Los Angeles County Museum of Art, the Courtauld Institute in London, and the Philadelphia Museum of Art, which in 1989 devoted an entire room to his 10-painting suite Fifty Days at Iliam (1978). 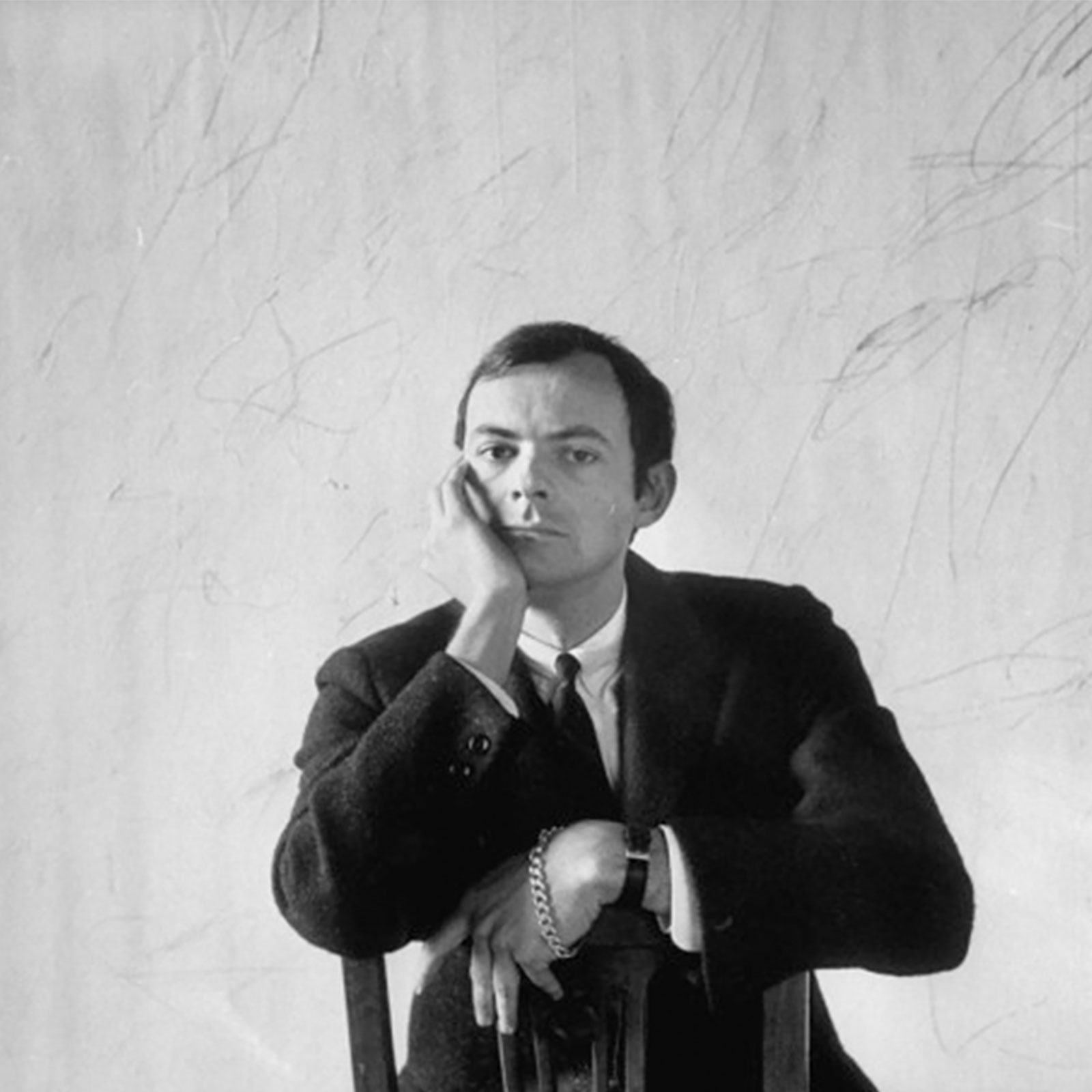