Agnes Martin was an American-Canadian painter known for her pared-down geometric abstractions. In pale swathes of color lined with pencil, Martin’s art emerged out of the ethos of Abstract Expressionism while preceding Minimalism’s sparse intensity. Despite the formal rigor of Martin’s practice, she was not striving for perfection—rather, influenced by Taoist and other eastern philosophies, she felt her art was a reflection of the patterns of nature. As a result, Martin titled many of her abstract works after natural phenomena, such as White Flower (1960) or Night Sea (1963). “Nature is like parting a curtain, you go into it. I want to draw a certain response like this”, she once stated. “My paintings are about merging, about formlessness”. Born on March 22, 1912 in Macklin, Canada, she moved to New York to study art education at the Columbia University Teachers College in the 1940s. Later sharing a studio building with Ellsworth Kelly, Robert Indiana, Lenore Tawney, and others in Coenties Slip in Lower Manhattan, she became absorbed in natural phenomena while also suffering from paranoid schizophrenia. She left the city for the relative isolation of New Mexico in 1968, living and working out of a self-made adobe homes for the remainder of her life. Martin died on December 16, 2004 in Taos, NM at the age of 92. A major retrospective exhibition was held at the Guggenheim Museum in New York in 2016. Today, her works are held in the collections of the San Francisco Museum of Modern Art, the National Gallery of Art in Washington, D.C., and the Tate Gallery in London, among others. 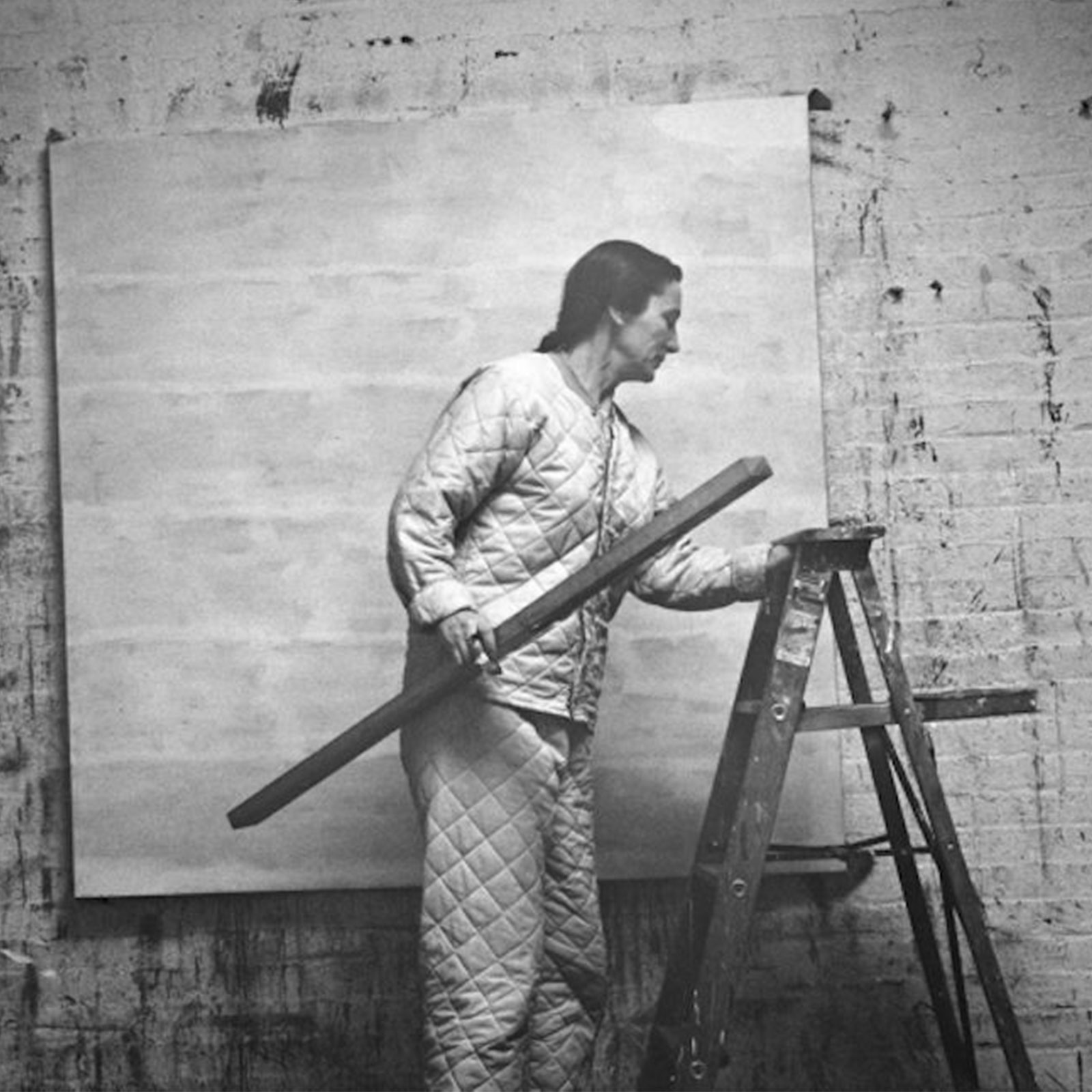